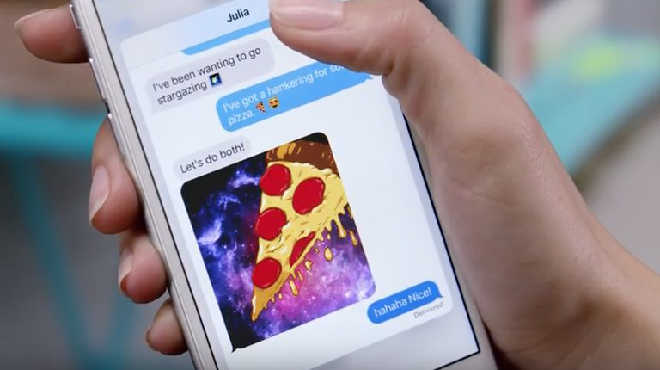 In the first advertisement titled “Less Time” we are shown the 3D Touch feature in detail and the many ways in which it can be used. Aubrey Plaza also makes a cameo in this video in which she is peeking at her flight details through the information in her email. In this 30 second long clip people are shown using the 3-D Touch motion to use shortcuts for most applications like the face time app, calendar app as well as the Instagram app. Other nifty little ways to use the 3-D Touch are also shown.

This iPhone 6s ad also shows how you can review a site without actually going to it and watching video clips without opening them. The shortcuts to the camera application are also shown using this nifty feature. Another user uses the 3-D Touch feature to play music without opening the Music app. People are also shown shopping for various items using the 3-D Touch option. The tagline on the first iPhone 6s ad is that it’s all faster with 3-D Touch on iPhone 6s.

In the second advertisement titled Live Photos we see this feature in action and how beneficial Live Photos can prove to be. iPhone users are shown taking pictures of things as well as Live Photos. The Live Photos are said to be more than just Photos because they come alive when you touch them (duh). They go back to still when you let go of the screen. Like the previous clip, this one is also only 30 secs long. Advertisements of these kinds are very helpful to the general public as they show how the features of the new model can be used. Live Photos is a very much appreciated feature. Some customers have stated that it helps bring them back to the moment when they captured a particular picture.