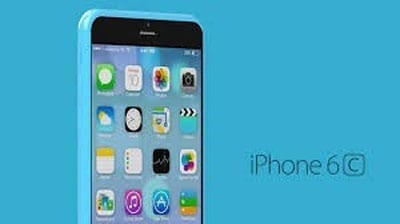 This September Apple’s iPhone 5c will turn two years old. The phone was introduced on September 10, 2013. It’s the more colorful, less expensive twin of the iPhone 5 made of plastic instead of metal. The main idea behind this low-price model was to increase the number of potential customers who preferred to buy a less costly phone. It was rumored that another comparatively cheap version of the iPhone 6 s, the iPhone 6c, would be released shortly.

Starting December 2014 reports and sketchy rumors as well as leaked images of the c“iPhone 6c” started surfacing, suggesting that an iPhone 6c might be launched this year or in the near future. At this moment, only a few details about the rumored smartphone have surfaced.

The statements of a Mr.Timothy Arcuri, who is an analyst employed with Cowen and Company, have fizzled out the hype. Mr .Timothy Arcuri has told investors that supply chain evidence of the rumored ‘iPhone 6c’ has apparently faded since around March.

A research note has been obtained by Business Insider in which Mr. Timothy Arcuri speculates that the Cupertino-based company may have canceled or delayed plans to release the much talked about iPhone. The speculated reason  for the delay/cancellation is, according to Mr. Timothy Arcuri, that “because the iPhone 6 has sold so well,” Mr Arcuri continues that “And they said, ‘Look, why would we want to cannibalize? If we came out with an iPhone 6C, we would essentially cannibalize a price-reduced iPhone 6.”

iPhone6 has experienced record-breaking sales and could continue to prove itself a hot product for Apple if there is a price reduction on the release of the “iPhone 6s” and “iPhone 6s Plus” in September.

It was believed that the “iPhone 6c” would essentially be the iPhone 6 hardware shrunken down to the size of an iPhone 5s. It was expected to have an all-metal body which would distinguish it from the plastic iPhone 5c. Investment banking firm Jefferies made a prediction in late June that a 4-inch metal “iPhone 6c” will be released in early 2016 however the experts think that this estimated release date is uncertain.

Apple has a habit of testing new products and services internally without intending to release a version, so it is quite plausible that the company never planned to make the “iPhone 6c” available to the public, choosing instead to merely test it with its employees.

So those of you who had their heart, and  their savings, set on buying the iPhone 6c should probably shift their attentions to the iPhone 6s.