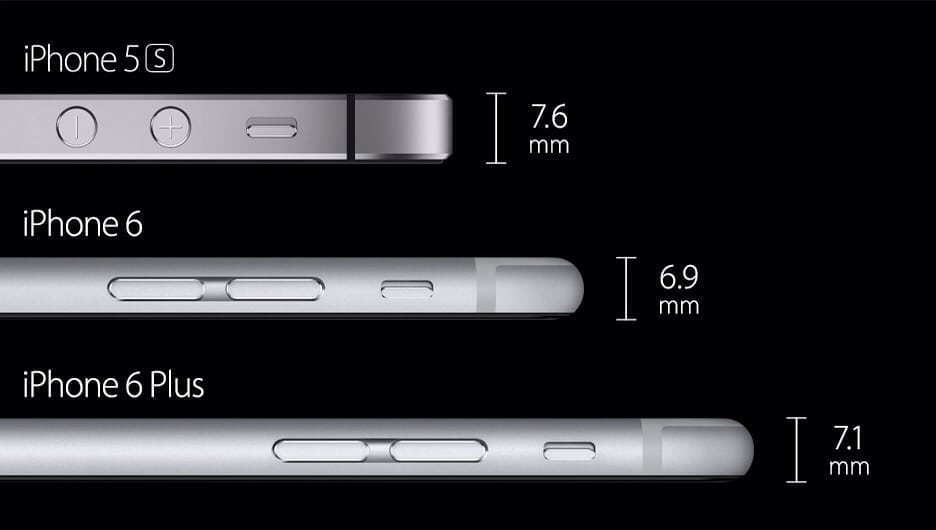 As all of you already know, Apple has officially announced the new iPhone 6 and iPhone 6 Plus. You are likely familiar with the overall, important technical specifications such as the CPU, screen size, screen resolution, camera, and whatnot but in this post we will discuss the thickness only. Check out the iPhone 6 thickness comparison against previous generation iPhones including iPhone 5 and 5s.

I would support a thicker phone with a bigger battery life and stronger, Lumia-like camera over a slimmer profile anyday, but Apple doesn’t agree.

Based on hands-on reports from the Apple September 9th event, technology enthusiasts are saying that the reduced thickness has a noticeable effect on usable the big new iPhones are. They say it makes the big iPhone 6 Plus and the iPhone 6 feel a lot smaller than they actually are. This is welcome news for everyone who has always liked the small size of the iPhone.

I do applaud Apple for managing to slim down the new iPhones, though. It is a feat of engineering to be able to fit so much advanced technology in such a slim profile, while increasing battery life.

My Thoughts on the iPhone 6 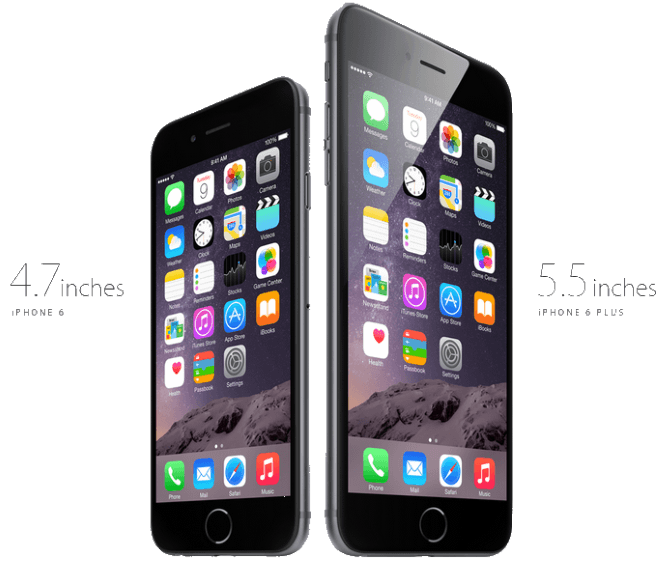 The iPhone 6, taken on its own, is a huge disappointment. For the first time in several years, Apple used bigger, faster, better, and thinner more than different and unique. It has a bigger screen, a slightly faster processor, a better camera, thinner width, etc. etc. It is a dozen or more evolutionary steps, rather than the far more exciting revolutions of yore.

The 4S is still a great smartphone, takes reasonably good photos, has a usable battery life, and meets my basic requirements of being able to stay productive on the go. So, I might still hold out on upgrading. Maybe the iPhone 6S will be the revolution in imaging technology I have been waiting for.