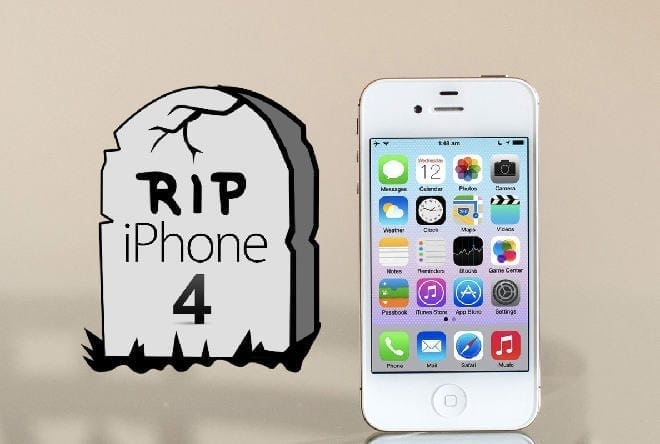 The iPhone 4 was the second major release in the history of the iPhone. While the 3G and 3GS were undoubtedly really important to the development of what would later become the iPhone 7, the iPhone 4 was truly a turning point. It allowed Apple to have a clearer vision for the future, especially in design. The design would later be inspirations for future devices. Probably the most noticeable being the antenna band around the modern iPhones. A design feature almost completely unique to the Apple smartphone.

Unfortunately, after more than 6 years, Apple will officially claim this iPhone, along with other devices, as ‘obsolete’. Apple is known for keeping software and hardware support for its devices for a very long time compared to other tech companies. After more than half a decade, the iPhone 4 will officially have neither software updates nor hardware support. Other devices that will die a peaceful yet honorable death this month include the 13-inch late 2010 MacBook Air, the second-generation Time Capsule, and the third-generation AirPort Extreme.

This is not surprising as neither the iPhone 4 nor the iPhone 4S was supported by the new iOS 10 update. The iOS 10 update, which was released this past month, only supported iPhones 5 and older. It probably won’t be long before the iPhone 4s, and later the 5/5C will pass their lifecycle and become obsolete as well.

For those with a 4 or 4S, it is recommended that you upgrade to at least an iPhone 5. Apple will no longer support the iPhone 4. Most iPhone 5 phones can be found online for about $100 or less. Be sure to update to the latest version of iOS 10.

The iPhone 4 will never be forgotten for all the contributions it has made to current devices. Thanks to its beautiful and innovative design, we have it to thank for the iPhone 7 and 7 Plus. Rest in peace iPhone 4.