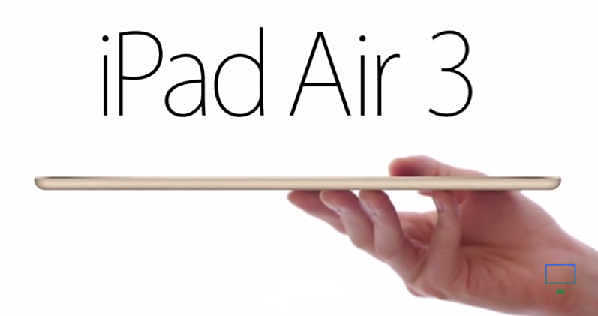 According to the credible Chinese source, DigiTimes, the upcoming iPad Air 3 will have a 4K resolution touch panel, up to 4GB RAM and improved battery life. The production for the next iPad is slated for late 2016. Additionally, the same reports suggest that the new iPad may also have been adapted to accommodate the new 3-D touch technology. This news flies in the face of the Cupertino-based company, noting the difficulties involved in using pressure sensitive technology for larger displays. A new iPad Air was expected in the previous year but was never announced. The increased gestation time may have benefits in the form of innovation.

It is being said that this new iteration will be called the iPad Air 3 and will be launched alongside the new 4-inch iPhone and Apple Watch updates. The event is expected to be held in March but the date has not yet been finalized. This would mark the first time the mid-size tablet range from Apple has gotten an update. The iPad Pro had taken the limelight in 2015 which was enough to keep customers satisfied alongside a major update to the iPad mini. The new version may share some things in common with the iPad Pro such as additional speaker grills to boost audio quality. Moreover, there are rumors flying about that Apple has been testing the Apple Pencil with 9.7 inch panels and this may be seen with the iPad Air 3.

iPad sales have fallen significantly compared to years past and this may be due to the Air line not getting the attention it deserves.

Leaked sketches have emerged of an Apple tablet purported to be the new iPad Air 3. Details from the sketchy drawings indicate four speakers and a flash apparatus from the camera. While the source is unconfirmed, the designs certainly do pique your interest for what’s to come. The shift to a dual stereo setup may be a logical step for Apple as it paid off in the iPad Pro. The design facilitates superior audio quality and doesn’t allow sound to be muffled due to additional speakers. The trustworthiness of the source, however, cannot be ascertained.