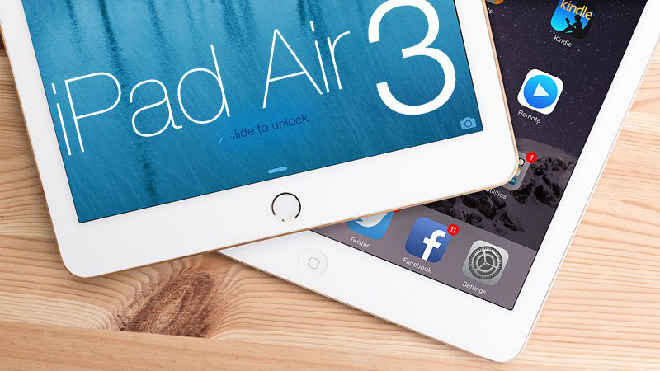 Ming-Chi Kuo has taken the role of the great fortune teller of our technological world yet again. The well-known analyst of KGI securities, Kou has appeared again to unveil the future to us. He published quite a few reports regarding the upcoming Apple releases such as the iPhone 6c. And this time, Kuo returns to unmask the intentions of the Cupertino-based company regarding iPad Air 3 and iPhone 7 along with the secrets they carry.

Straight off the bat, Kuo and KGI securities start off by discussing the iPad Air 3. After how iPad Pro prevailed over iPad 2, Kuo and comrades believe it is only a matter of time when Apple will officially announce the news of  an iPad Air 3. The reports issued by KGI predict that after the great debut of iPad Pro time has come when Apple will finally release another iPad Air. Moreover, it is also included that the new iPad Air will not feature the 3-D Touch due to some issues with the third-party companies.  Kuo predicts that Apple may unveil the new Product as early as March 2016.

It is also speculated that Apple might introduce a 4-inch iPhone 6c along with the second generation Apple watch. Other than brainstorming about the iPad Air, KGI securities are going beyond by considering the hidden possibilities for the next generation iPhone.

According to the latest predictions by Kuo, it is believed that iPhone 7 will be unveiled in September 2016. As witnessed in earlier years it’s expected that after pre-order there is going to be huge crowds of people gathering in October for on-the-spot purchase. Kuo also said that the new iPhone 7 will feature 3-D Touch, similar to the ones present in the current iPhone 6 and iPhone 6s. This  means that there will be a little or no difference between the manufacturing process of the next-gen smartphone as compared to the latest iPhone available right now. This concludes that the new iPhone will bear the same set of features as in the latest one like the Quick Action contextual menus through app icons.

Kuo is quite famous for his predictions regarding Apple’s future plans thanks to his famed research notes. That aside iOS 10 is yet to be released and who knows what exciting new features will be discovered and how will they affect the functionality of 3-D Touch. It is expected to be unveiled in June 2016 at WWDC.