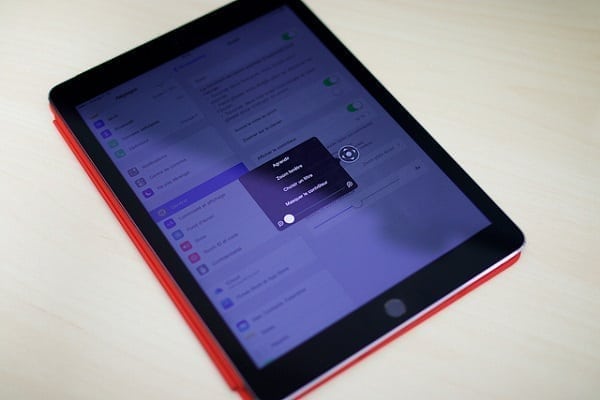 So the Surface 3 from Microsoft just came out a couple of days ago and it seems like the best competition for the iPad Air 2 at the moment. Presently, the tablet market is ruled by the iPad and it is the yardstick by which all other tablets are measured so we decided to pit them against each other and bring you iPad Air 2 vs Surface 3. Do check out these cool iPad Air 2 wallpapers.

The iPad Air 2 is the latest in Apple’s tablet line and it very comfortably lives up to the legend of the iPad. It will probably be the first iPad that will face substantial competition as previous contenders like the Surface 2 and the Surface RT could not stand in the ring with their Apple counterparts. Historically, laptop tablet hybrids haven’t worked but that all might change with the Surface 3. That is how good the Surface 3 is and that is how ahead Microsoft has jumped.

The biggest improvement in Surface, by far, is the OS. Previously, many people have remarked that Microsoft’s offerings might be able to better hold their own if they ran the complete version of Windows and not the complete failure that was Windows RT. The new Surface comes with Windows 8.1 and will be upgraded to Windows 10 for free as soon as it is rolled out.

This means that now Windows tablets can run complete desktop apps and the handicap they had with Windows Store when compared to Apple’s App Store will be improved. There were very few apps on the Windows Store and this coupled with the sub-par OS made the Surface unsuccessful. Now Microsoft seems to be playing to their strengths and are giving the users a complete ‘computer’ which can do all the heavy lifting average laptops can.

The desktop experience with a file system and all the multitasking one can do using the Surface 3 has changed the tablet game. Obviously, Surface 3 has more powerful hardware as well so that it can run the proper desktop version of the OS. It comes with an Intel Atom x7, 2 GB or RAM, an impressive 64 GB SSD, Office 365 free for a year, USB Port, miniDisplay Port and Surface Pen Support. All of this is included in $499 you will pay for the Surface 3.

To see Microsoft’s focus on producing a complete PC you should note that Surface 3 comes with a keyboard built into the cover, a kickstand which provides 3 positions and a significantly-larger-than-the-iPad-Air-2’s 10.8 inch screen. The battery time for both is comparable with the iPad giving you 10 hours while the Surface 3 gives you 9.

In the end I guess what product you pick depends on what you want to do with it. There is no clear winner in iPad Air 2 vs Surface 3. For pure media consumption and light computing the iPad Air 2 is the way to go with its razor thin and ultra light design. However, if you want to use it for work then Microsoft’s tablet laptop hybrid is the better option.