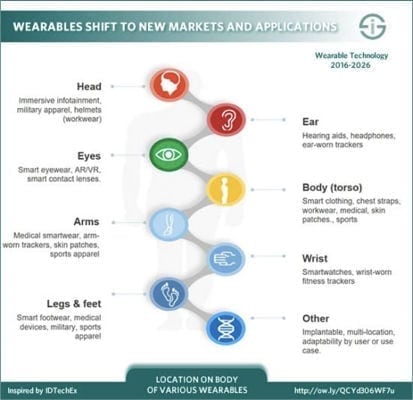 Self-driving cars, smart cities, and nifty little gadgets that display your vitals with just a single tap. If these concepts don’t make you awestruck at the amazing wonders technology can accomplish, then you have a lot of catching up to do.

The Internet of Things (IoT) is now redefining the way we live life, just as the internet made sharing information easier around the world. In fact, it is one of the hottest markets in 2017, with more than 8.4 billion connected “things” in 2017. It is also suggested that in 2020, the global IoT market will skyrocket to $8.9 trillion in 2020, which means that IoT has a bright future ahead.

Here’s a look at the five IoT trends you’ll need to watch for in 2018.

There’s a lot of hype around driverless cars these days, thanks in part to companies like Apple, Tesla, and Uber showing off prototypes of their tech to the public.

Despite all the hype, it may be a long time before we can actually see fully autonomous cars on the freeway. But don’t worry, as 2018 will see a lot of development on IoT technologies like Internet-connected cars that aim to reduce traffic accidents and save more lives.

The world is getting smaller, and cities are getting smarter. That’s the direction IoT is headed for with its innovations in the transport industry.

Aside from self-driving cars, tech innovations like ride-sharing and foldable cars will soon revolutionize how we get from point A to B. As more parts of the world develop due to urbanization, creating smart, sustainable cities is one of the most attractive IoT trends this year.

And when it comes to building cities, IoT hopes to solve two of its biggest problems: traffic and pollution.

Hyperloop One, a transportation system based on accelerating pods in low-pressure tubes underground, is a fresh, exciting take on this.

Although the Hyperloop is expected to be operational in 2020, many transport systems will be developed in 2018 that are more inclusive and sustainable.

Around two years ago, only 2 out of 10 people considered buying a smartwatch. But last year, we’ve seen a myriad of wearable devices such as Fitbit, Alexa, and Apple Watch 2 earning many fans among consumers who have started to integrate them into their everyday lives.

Because of this boom in the sector, analysts predict that the wearable tech market will be worth $34 billion by 2020.

Check out this article from TIME to get a sneak peek of how an ordinary day will look like 10 years from now with advanced wearable tech.

Speaking of wearable tech, 2018 will also see the health and fitness industries improve from a number of IoT developments.

While watches and bands still dominate the wearable tech industry, many companies are also looking into integrating IoT into other form factors like eyewear and clothing.

What if you could enter a store, take all the items you need, and simply walk out – without having to line up long queues?

Sounds like a sci-fi setup, but we’ll be seeing a lot of developments of the kind this year. Case in point: Amazon Go, an autonomous store that allows Amazon employees (in the meantime) to buy anything without queueing up long lines.

The company said it uses a combination of technologies found in driverless cars like computer vision, deep learning, and sensor fusion to detect which items you pick up, and automatically charge the balance on your card.

And Amazon isn’t alone. Research shows that 70% of retail decision makers are ready to make the jump into the IoT bandwagon to improve customer experience.

Another e-commerce giant in China, JD.com, is planning to open hundreds of zero-human-employee stores this year, relying only on facial and object recognition technology to operate on a daily basis.

As technologies related to e-commerce and big data continue to develop, expect online shopping to be the norm. To get you excited, here’s a video of Amazon Go’s Just Walk Out technology in action:

With cryptocurrencies like Bitcoin and Ethereum shooting up in value over the past months, blockchain is definitely one, if not the hottest, IoT trend to watch out for this 2018.

But in terms of innovation, we’ll likely see most of it in blockchain’s applications beyond fintech, that is, applying the concept of cryptography and peer-to-peer network to other industries like music streaming, cloud storage, and even elections!

Right now, the focus on blockchain development is still on cryptocurrencies. But as more and more startups use blockchain for other industries, then we can expect a cheaper and more affordable way of doing transactions online.

2018 is a great year for IoT innovations. Many businesses will see the value in these trends, and start the transition of adopting them in their companies.

That said, these IoT trends are not a one-size-fits-all kind of innovation. For instance, the peer-to-peer concept of blockchain may attract you, but it may not be the right approach for your business.

Make sure to consider the long-term effects before jumping into any one of these IoT bandwagons to ensure a high ROI for your business.