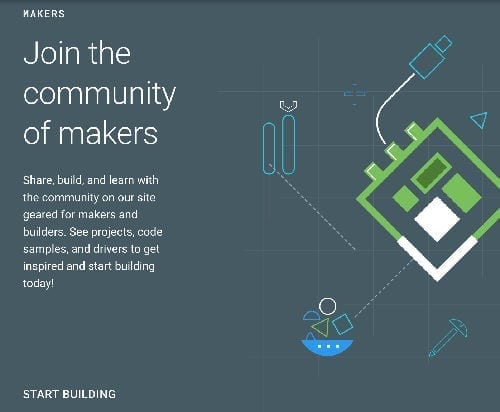 Reuters reported that Google’s parent company Alphabet launched an Android-powered platform that is focused on smart appliances and other machines.  The company has had varying results with other Android-related projects for cars, TVs, and smartwatches. This new initiative appears to have some momentum.

This new platform is known as Android Things. It was announced Monday before the annual Google developer conference on May 8th. The conference is in Mountain View until May 10th. The idea is to bring the Google Assistant to things like refrigerators, robots and all sorts of appliances.

“The goal is to enable them to be built faster, cheaper and more secure,” said Venkat Rapaka, a product management director at Google.

We applaud Google’s efforts to bring a uniform and consistent interface across all of the devices in our homes. Business partners and their customers would certainly be the beneficiaries if successful. But, the company has not had much success in other similar projects.

Reuters  article goes on to say, “The Android operating system powers many of the world’s smartphones and drives consumers to Google’s cash-minting apps.”

Dominates On Smartphones but…

But in areas other than Smartphones, Google has struggled to extend Android’s usefulness and dominance in other areas. Financial analysts have said.

“If you’re charitable, you say it’s early,” said Richard Kramer of Arete Research. “If you’re not, you say Android is irrelevant outside phones.”

Reuters stated, “In each category, Google’s Android system posted less market share last year than manufacturer-customized Android variants, which are less fruitful for Google because they typically are not pre-loaded or compatible with its apps.”

This new Android platform seems to have some momentum and since Android Things is being spotlighted at Google’s developer conference it can broaden its acceptance with buy-in from other manufacturers and developers. It would be nice to have a single platform that can truly control everything we interact with, in our homes. For now, we will have to wait and see.