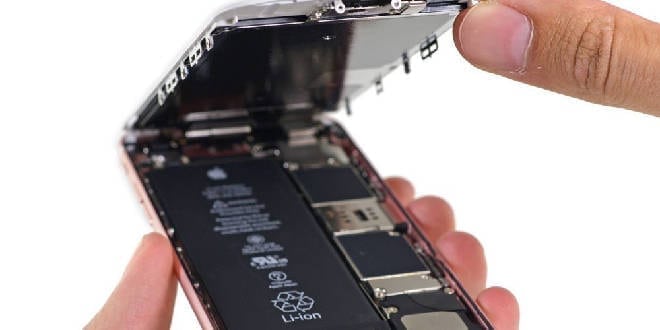 The recent iPhone 6 shutdown epidemic becomes widespread, as more and more users report this problem. What started as an isolated incident is now being complained about all over the world.

When this problem emerged Apple stated that it found that battery components in a particular batch of iPhones were exposed to the air for too long before assembly. This caused the batteries to cut out. The result is an abrupt shutdown. However, now Apple has changed its previous stance. The tech giant now believes that the problem is more of a software malfunction than a hardware one. The new statement is in contrast to the previous declaration.

According to the Cupertino-based company some customers are having problems with phones from outside that faulty batch as initially thought. Apple has now decided to issue an iOS update to root out the main problem.

A patch note was issued, surprisingly not in English.

“Outside the affected batch, a small number of customers reported an unexpected shutdown. Some of these shutdowns may be normal. Because the iPhone will shut down to protect its electronic components. To gather more information, we will add an additional diagnostic feature to the iOS software update that is released next week.”

Then the document goes in length to explain how they will diagnose the problem. And hopefully, issue a fix for it.

“This feature collects a variety of information in the coming weeks that may help us improve algorithms for managing battery performance and shut down operations. If such improvements can be achieved, we will deliver them through further software updates.”

According to people living near Apple Stores, the staff is unable to serve customers properly due to the overwhelming response.

“Person after person with the same problem. Stores were much busier than usual. The staff was pretty stretched and not much help. I got turned away twice. And couldn’t even register to wait for a battery because the tech wasn’t there or it would be too long a wait.”

We now have to wait until Apple discloses what they learned from the Diagnostic Tests.