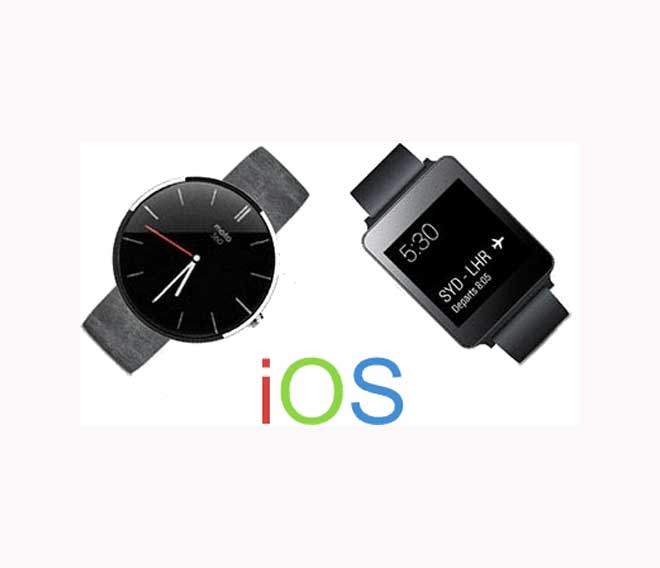 Google has come up with an undeniably important update for its Android Wear Watch when it announced a new feature, being iOS support for Android wear, simply put yes, the iPhone. Now this means that iOS users can benefit from comparatively cheaper smart watch hardware. Though there have been some obvious trade-offs both in design and in functionality, and both for the intensive product development and being cheaper together with a higher functionality Google-powered wearables  now look more promising. Android devices sell at a variety of prices, for their variety of features and models and since these android powered watches that can support iOS too, stand a better chance at gaining a footing amongst iOS consumers as an alternative to the Apple Watch.

The Android Smartwatch may be a temptation to the first time users, though most in the market may choose the Apple Watch over the $350 LG Watch Urbane which is an android smart watch and the $349 Huawei Watch, which again is an android smart watch. Both of these support not only android platforms but also the iOS, though cheaper versions with of course lesser functionality but a great start at smart watches such as the $200 ASUS Zenwatch are sure to take over the market with a boom. The thing with android market and users is always the price, they seek greater functionality at lower prices and hence Android has been such a huge success in such a small period of time. What makes this new variety of smart watches all the more tempting is the options that one will have when they are here inclusive of some high-end designs, colors and features, you will get the gift of choice.