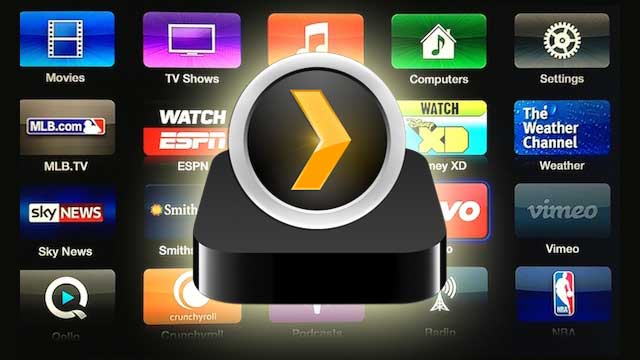 With the upcoming launch of the new Apple TV accompanied with a good selection of demos for apps and release of SDK has gathered many to join in. Plex being already a part of iPhone and iPad was asked by ITWorld about the introduction of its media app to TvOS and it was confirmed.

Scott Olechowski, the co-founder of Plex was contacted by email and replied, saying, “We are very excited to have a crack at bringing our users Apple TV. It’s been a long requested platform and we’re excited to work on it. We want it, our users want it…and we’re anxiously awaiting the tvOS developer beta info, so we can finally dig in.”

At the moment, plex users can not access plex client without jailbreaking Apple TV. Thus, they stream their content Air Playing to the set top box using other plex apps. But with the new Apple TV on AppStore along with an SDK app will make the difference. Although plex has confirmed their plans for Apple TV but hasn’t mentioned any relation to the estimated time span.

The Co-founder of Plex was grateful to Apple for keeping the same API frameworks for iPhone and iPad as it helps reduce the work and the app can be efficiently ported from iOS to TvOS. Olechowski considers Apple TV their top platform, even though it will be a few months before the plex app is released the new Apple TV is to ship in late October.

When Olechowski was asked if there is anything that’s restricting Plex now, he said,  “Nope!!! If you can wrangle us a few more hours in each day between now and the end of the year, I can promise we would get to where we are going a bit faster!”

The new Apple TV definitely supports home sharing contrary to online rumours and content can be streamed directly from iTunes. Apple TV cost $149 for 32GB model and $199 for 64 GB model, considering the app limitation with a maximum size of 200MB binary bundles, the 32 GB model is ample. More information will be available as we approach the launch.

apple tvappsnews
Previous ArticleApple Pencil, But Steve Said…Next ArticleTim Cook will be on The Late Show