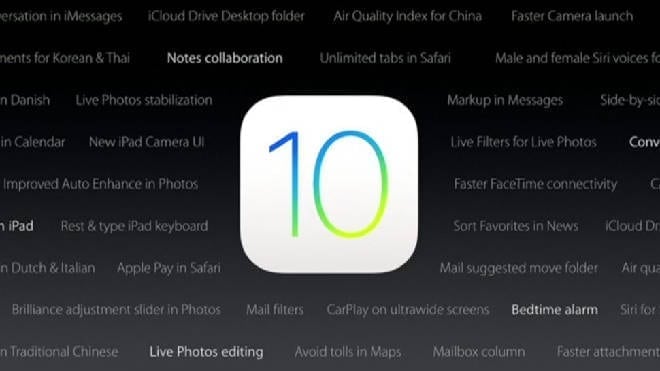 Apple has always displayed a willingness to offer seamless compatibility between iPhones and iPads as newer versions of iOS are released. Despite the fact that ageing hardware would make it likely that these devices be written off completely. Apple still tries it’s best to ensure the longest possible compatibility possible. It seems like compatibility of iOS 10 reaches back up till the iPhone 5 and iPhone 5c but it does come with a set of limitations.

Apple took the opportunity to substantially enhance the capabilities of the Photos app in iOS 10.  The introduction of a new album called People was made. People automatically runs facial recognition of stored photographs and groups them into collections containing the same person. The Photos app also features “Memories” which is accessible from the tab bar. Memories will automatically create quality slideshows of photographs and videos. It also adds soundtracks and some sleek looking transitions. Perhaps due to the older hardware, neither of these two features are available to be used in the previous models.

The new “Raise to Wake” feature which automatically enables the display of an iPhone upon movement detection is also unavailable. This feature so far is only limited to the iPhone 7/7 Plus, iPhone 6s/6sPlus, and the iPhone SE.

There is a long list of features available prior to iOS 10 that never saw an appearance on the iPhone 5 and 5c. This includes Apple Pay, Night Shift, Touch ID and 3D Touch. Once again, the outdated hardware is cited as a reason. These devices do not have an integrated Touch ID sensor in the Home button. A pressure sensitive display present to facilitate the use of 3D Touch is also absent. None the less, iOS 10 still brings a slew of features to previous devices.