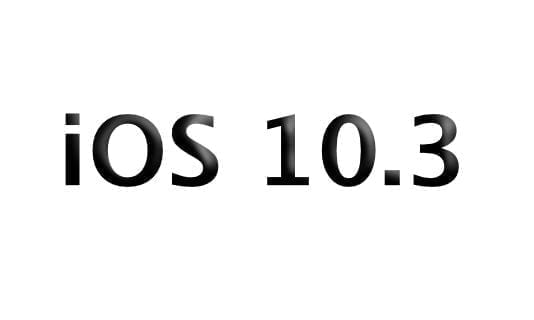 Monday saw the release of Apple’s latest update for iPhones and iPads. iOS 10.3.  One feature that’s getting a lot of press is “Find My AirPods”.  Since AirPods are something that I would imagine would be something that can easily be misplaced I’m guessing AirPod users are pretty excited about this one. There are also improvements to SIRI, Apple’s personal assistant.

The most significant change in iOS 10.3 is likely to go unnoticed.  Apple made a fundamental change to the file system. This is the way it stores data and how it finds what it stores.  This new Apple File System (AFS) replaces the 30-year-old HFS+.

Apple has the reputation for being forward thinking (remember Steve Jobs thoughts on HTML5 over Flash). And so this is also likely to be true with this big change in the file system which is optimized for Flash/SSD storage.  It also supports strong encryption which further supports Apple’s commitment to its customer’s privacy and security.  This update should provide a performance boost. It should also free up some storage on your iOS devices once updated.

We will have to trust that this has been thoroughly tested since a device’s file system is not something to take lightly.  This may be a risky move for Apple but I’ll trust they planned and tested for all the risks.  If they didn’t we will certainly be talking about it here.  Of course, who would update to a new file system without backing up their file first, right?

Millions have downloaded and updated by now and we have not heard of any issues.  I’ll be updating soon, right after backing up my data.

This update will take a while to complete since it is rewriting an entire file system. In other words, don’t expect this update to take a few minutes.

When I updated to iOS 10, I really felt like I got a brand new iPhone.  I’m thinking this will be a similar experience.