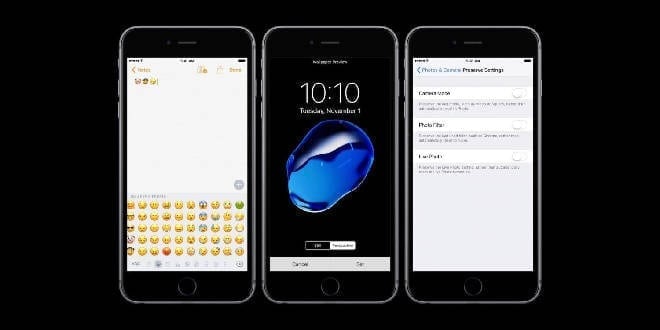 Earlier this week the open beta for latest iOS firmware, iOS 10.2 came online. Antecedently it was in the ‘Closed beta’ stage only available to App developers for testing. But since then it has gone into the public phase. Any iDevice user can opt to download said firmware to try out the new features.

And best of all, being an open beta; it’s fully free to avail. Unlike the “closed beta”, which is shut behind a payment wall. This is a short phase for final testing before the official firmware is released on all supported platforms.

iOS 10.2 beta bring with it a lot of new features. Moreover, it will include bug/glitch fixes and most popular of them all; new emojis. With iOS 10.2, Apple brought Unicode 9 support. This gives you access to tons of new emojis that weren’t available on iDevices before.

“In total 16 new professions are supported, which appear as 32 emojis on the keyboard —one female, one male. Times that by six skin tone options, and this list of 16 jobs becomes 192 distinct images.

In addition to all the new emojis, Apple has also updated the appearance of all remaining emojis not changed in the last revision.

The new art style is more bulbous, with sharp details which are beautiful. While it’s a shame to lose some of the hand crafted details of the original set, this new 3D-style set looks like a cohesive collection for the first time. ”

Below are a few of the new emoji:

You can find all the details on Apple’s website.