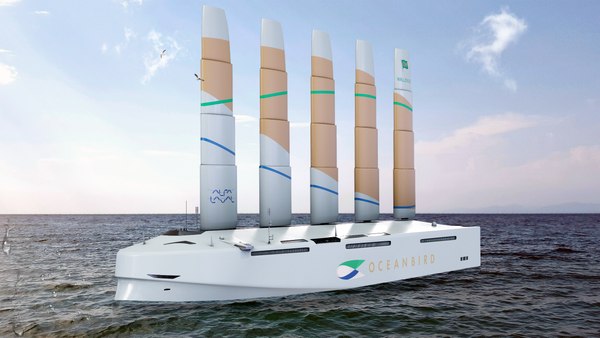 Imagine a six-hundred-and-fifty foot long sailboat that is faster than any other wind-powered craft on the oceans… and it can carry 7000 motor cars on its deck! Now stop imagining and read our article on Oceanbird, the wind-powered car carrier boat that ships 7,000 cars at once!

The world is choking on our emissions and if we don’t take this issue seriously and start to do something about it, and quickly… it may be too late before you know it.

A Swedish shipbuilding company has launched a project that will realize a wind-powered craft that could completely transform the international car shipping industry while cutting greenhouse gas emissions by an unbelievable 90%. The news of this new-old technology has prompted auto shipping companies like Nationwide Auto Transportation to rethink the way that vehicles will be moved via ocean transport, and how it will all integrate moving forward.

When you examine the trends in the automotive transport industry, everyone is working on electric vehicles as the answer to a smaller carbon footprint for this industry. Wallenius Marine thinks that they have the answer to the future survival and growth of bulk marine transportation, and it is by taking a step back in time, and fast-forwarding to the future, simultaneously.

The Oceanbird is just short of 700 feet long and SSPA, along with the KTH Royal Institute of Technology, played large parts in developing the monstrous craft. The Roll-on, Roll-Off vehicle carrier can take 7000 perfectly parked cars on its decks. But how do they have sails that are big enough for such a Godzilla-sized craft?

It should be rather obvious that old school sail technology will just not be practical on such a tremendous scale, so instead, the manufacturers opted for wing-type structures of about 260 feet above the deck – there are five that are employed to propel the ship and they give the ship a near carbon-free footprint.

The Oceanbird is a bespoke auto carrier and it is classified as a Pure Car and Truck Carrier and falls under the research of the Wind Powered Car Carrier Project. Early in 2020, prototypes measuring seven meters were tested in open waters, and pre-orders are expected to start opening soon. The first ships are expected to launch by as early as 2024.

Why Does The Oceanbird Use Wind Power?

In terms of long-distance ocean transportation, wind power provides the cleanest solution, this is a scientifically accepted fact. Although it seems a simple solution because there is an endless supply of wind as a reusable resource, there is much more to it than slapping on a bunch of sails on a flat hull, and voila!

Designers, innovators, and boat builders must think outside the bounds of normal, and in this case, they have done this spectacularly.

The four wings that act as ‘sails’ to propel the ship at a forward rate of around ten knots, can swivel in any direction to enable optimum forward wind propulsion at all times. Although in technical terms The Oceanbird does not sport traditional sails, it will still be classified as the fastest sailing vessel.

Carl-Johan Söder is a naval architect who explains that the way the hull is designed to interact with the hull was designed with optimum maritime travel in mind. Currently, it takes fossil-fuel-burning vessels an average of eight days for a North Atlantic crossing… The Oceanbird does it in twelve, with 10% of its carbon footprint.

An electric backup motor is included in the design and will be used in conditions that do not require sail power. This can include ports and harbors and during times when the sails are retracted.

The Future of Shipping

The manufacturers are continuously improving designs to make the ship more sustainable. Designs for futuristic wind-powered cruise ships, freighters, and tankers are already up on boards in offices and it looks like plain sailing for the future of wind-powered ships.