Notifications is the name of a new app which will be coming really soon to the iTunes App Store. Notifications for Reddit brings you your Reddit notifications on your iOS device. The developer, /u/RedBanHammer, posted on Reddit to introduce Notifications and explained their motivations and goals. 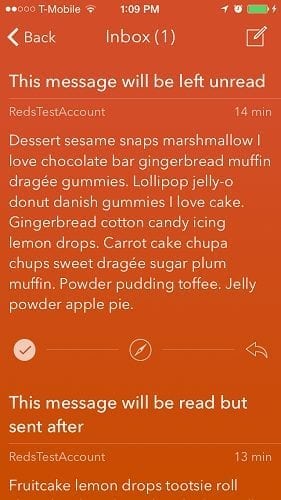 Notifications will bring Reddit users on iOS real time message alerts on their devices. This means that as soon as a message is received in their Reddit inbox they will be alerted on their iPhone, iPad or Apple Watch. Users will not only be able to read but also be able to reply to messages using Notifications for Reddit. The app looks really trim and beautifully crafted. Most probably multiple user accounts will also be supported by Notifications.

So far Notifications has received a great response from the first beta testers. These users were found on several testing Sub-Reddits on Reddit. Now, the developer feels the app is ready to be seen by a larger number of people. The push notifications app was to be integrated into an existing iOS app for Reddit but this was later found to be troublesome. Still, the developer plans to eventually integrate Notifications into Apollo. Apollo is an app for Reddit with which we are already in love.

Final testing for Notifications will be underway shortly and will be using Apple’s TestFlight which is the standard operating procedure. Right now you can follow Notifications for Reddit [Official Website] and [Official Sub-Reddit]. On the website you can also sign-up to become one of the early access beta testers. On the Sub-Reddit you can test the app using the ‘test’ thread.

I would say Notifications would work best as a part of another Reddit app. Because although I do spend a lot of my time on Reddit I don’t think I need a dedicated app for messages received on Reddit. Unlike other social media apps such as Facebook, Twitter and Whatsapp, users don’t need immediate notifications on their phones but that is just my opinion. Tell us what you think of Notifications for Reddit and do share your experiences if you decide to test it out.