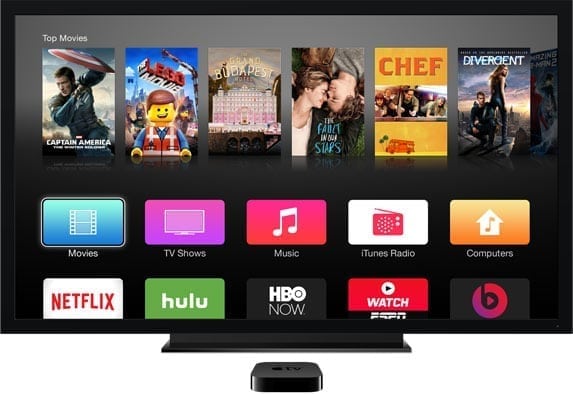 A credible source, Bloomberg reported that Apple has dropped its plan to release the much awaited, long rumoured, streaming TV service at its next event which is scheduled on 9th September. According to the report, the Cupertino-based company were forced to delay the unveiling of the internet television service until some point in 2016.

The reasons for the unexpected delay of Apple’s internet television services have surfaced now. Firstly Apple doesn’t have the computer network capacity in place to ensure good viewing experience which is the top complaint among the users of other streaming services for example Dish’s Sling TV etc. Secondly the tech giants were not very confident about the hardware compatibility either and preferred launching the service after the refreshed hardware. Thirdly, the report also claims that talks between Apple and other major TV networks such as CBS and 21st Century Fox are progressing but at a very slow pace.

Apple has encountered problems creating a computer network that will ensure a fast, glitch-free viewing experience throughout the U.S. Such a network requires storing popular shows close to viewers, so each time a customer in New York for example wants to see local baseball game or the evening news, the shows don’t have to be streamed all the way from one of Apple’s four data centres in California, Nevada, North Carolina and Oregon.

However apparently this hiccup didn’t really bother Apple as even after Apple’s internet television service is delayed some sources close to the project told that the company still plans to launch a new, better and more powerful set-top box with a touch-pad remote control and support for native applications and fun games.

The company wants to offer its television service which will include a very attractive package of popular channels $40 a month. It is also said that Apple is having a hard time in deciding the appropriate mix of channels to offer for $40 per month to please more viewers. A report claims that Apple was aiming to offer 25+ channels as part of the package. It is expected that the company will hold an event on September 9th, 2015 to introduce a new Apple TV and refreshed iPhone models.