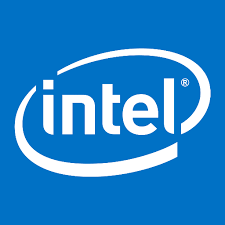 So according to recent news Chip giant Intel has now secured orders for  a “significant portion” of cellular modems for the new and upcoming iPhone 7. The news was broken by CLSA analyst Srini Pajjuri via a note that he sent to his clients. A copy of said note was intercepted by NDTV. The analyst cited that the “Asian supply chain checks” show these trends.

This new rumor is completely in line with the rumors from VentureBeat from 2015 which stated that Intel had almost a thousand employees currently working on chips for Apple’s iPhone. The report also stated that Apple was going to use the XMM 7360 LTE modem produced by Intel on it’s iPhone. The Intel XMM 7360 chip now supports the LTE category 10 and also gives speeds up to 450 Mbps as well as an uplink speed of 100 Mbps. This is 150 more Mbps more download speed and 50 Mbps more uplink speed than the iPhone 6s.

This is going to make the iPhone 7 that much more different and ‘revolutionary’ than it’s previous counterparts. we are all waiting with bated breath for the launch and release of the next generation iPhone!