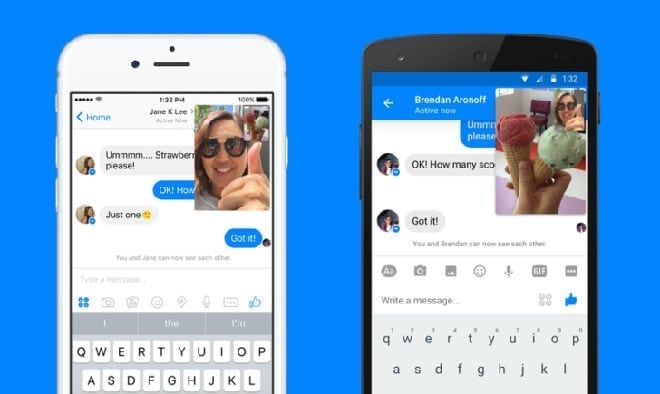 Facebook does  not like wasting the time of its users. It wants it users to get access to everything in split seconds. The social networking site has now introduced Instant Video on messenger. According to Facebook, the feature will bring “conversations to life.”

Video calls made using messenger won’t start with the conventional sound.  The caller video  will start as soon as the call starts. The stream won’t be two-way. It goes without saying that there will be an option to turn on sound. There will also be an option for the receiver to turn on the video stream.

According to Facebook, the feature is targeted for the audience who don’t  want to make video calls but need more than text to explain what they are saying.

According to Facebook “Sometimes you want to ask a friend’s opinion on a pair of shoes you want to buy, weigh in on what ice cream flavor they should bring home or just want to see your BFF’s reaction to your witty message when you’re in a place where you can’t actually talk live.”

Facebook seems to have made a comeback from the old-fashioned picture in picture technology (PiP).  An instant video does not take up the whole screen. It rather pops up in the upper right corner of Messenger. This makes the app more convenient since users can easily share video while talking to each other via texts on Messenger.

To be a part of the action both users need to have the latest version of Messenger installed on their iOS or Android devices. To turn on instant video the caller needs to click on the video icon on the top right corner.

So, what do you think about the new feature? Let us know in the comment section below.