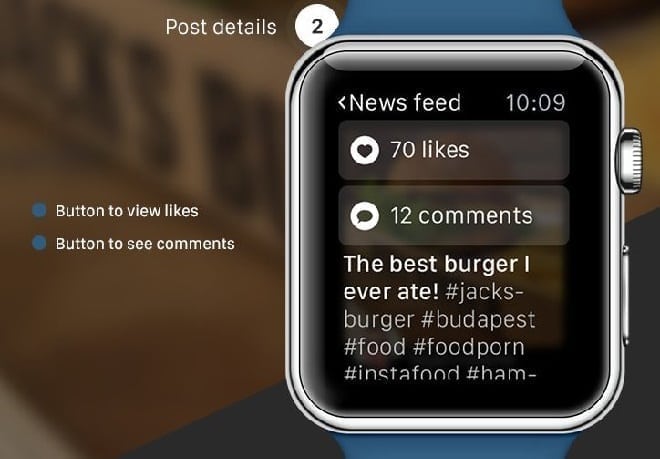 With an ever-expanding app ecosystem, the Apple Watch is shaping up to be a pretty decent accessory. While it looks pretty limited at first glance, it has a lot to offer in terms of functionality, thanks to the horde of developers who have gathered under Apple’s banner. Take Instagram for Apple Watch, for example, which lets you browse and like photos from your wrist.

Instagram is the most popular photo-sharing app/network that connects friends and allows them to share memorable moments of their lives. It is backed by Facebook, but is without all the clutter that Facebook has. It enjoys more than 200 million monthly active users, and contains more than 20 billion photos shared.

With a large portion of that being iOS users, the developers would have been foolish not to cater to the needs of perspective Apple Watch users. In a way, this also plays to Apple’s advantage, so it’s a win-win. The more apps there are out there, the likelier it is for users to buy an Apple Watch.

You can do a lot with Instagram for Apple Watch. For most users, ‘using’ Instagram mostly comprises of scrolling down the news feed and liking any picture that fancies one’s eyes. That is the idea behind this version of Instagram. Now, when you’re on a commute or getting bored in a meeting, you don’t need to whip out your iPhone to keep you entertained.

The Instagram app for Apple Watch lets you browse your feed, like the photos you fancy, and even read comments and leave emoji comments of your own. The notifications sent to your wrist are interactive, so you’re always one step ahead in the game. 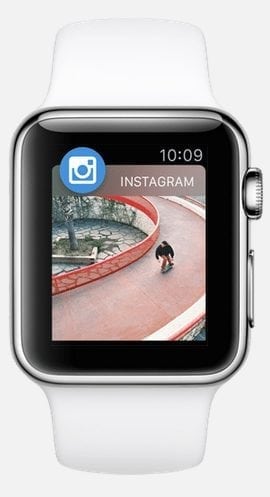 Apps such as Instagram on your wrist present an interesting future possibility. Should Apple furnish the next version of the Watch with a camera, it could change the way we take selfies. In any case, the Apple Watch is definitely here to stay, and has become home to many great apps that are now likely to pull in users.

Instagram for Apple Watch will be available come launch day. You can download it from the Apple Watch app on iOS 8.2 or later.

What do you think about the Apple Watch app ecosystem?