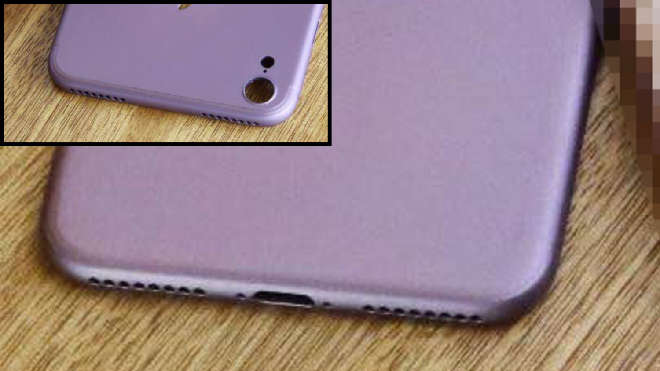 With the exposing of another secretly obtained image, the assumed iPhone 7 casing in the limelight has currently debunked some rumors from before. This leak comes from an Italian case manufacturer. The credibility of the Italian is still unknown.

Previously rumored layouts indicated the camera aperture’s larger radius with the camera bump and the varied antenna lines. But the flash and grilles hadn’t been shown. But the latest leaked image leads to the following speculations.

The design of the camera and flash has been varied, unlike what had been shown in previous leaks. The flash is seen to be below the camera hole which is an unexpected modification.

The speaker grilles were totaled to four, with two on top and two on the bottom. Having mentioned the grilles, the audio jack appears to be absent, which would settle some rumors about the exclusion of the audio jack. This may possibly promote the use of Bluetooth headsets and external speakers or lightning connectors. In addition, the antenna lines have been changed from flat strips into a narrow lining over the edges to give a more modern design.

There were mentions of the camera lens cut-out radius and position and the absence of the audio jack before, but what hadn’t been mentioned before were the flash positioning and the four speaker grilles. It was rumored that the iPhone 7 would have dual speakers but four was far from expected. Moreover, these four speaker grilles are currently seen on the leaked 4.7 inches iPhone. The 12.9 inches and the 9.7 inches iPad Pro feature four speakers which suggest that it four speakers are better suited for tablets and not phones.

There hasn’t been any word regarding the authenticity of the images. But leaving aside the rumors, these are the updates on the possible rear design of the iPhone 7 so far. The changes aren’t major, as Apple has focused more on performance in both the iPhone 7 and its Plus models. The dual camera may require larger memory which could explain Apple’s plan to upgrade to 3GB RAM for the Plus model and the camera may consist of higher functionality. Further announcements are anticipated on the Worldwide Developer’s Conference in mid-June and at the unveiling of the iPhone 7 later in September.