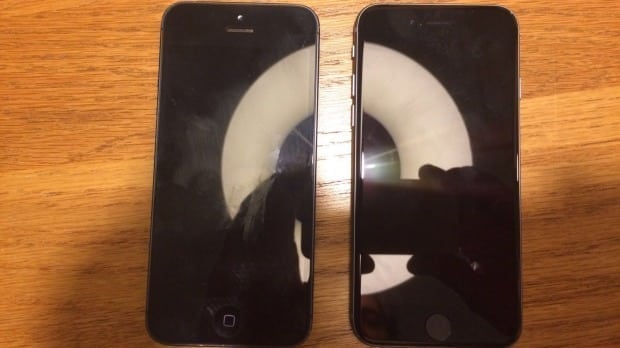 A first look of the latest Apple iPhone model has reportedly just been leaked online. The Apple blog named One More Thing has now published a photo which it claims is a prototype of the iPhone 5se. It has been laid down next to an iPhone 5 model as well.

The handset will be the same as the iPhone 5 model in its design. However, the model will contain updated internal as well as software and hardware features which will mix the old design of iPhone 5 with the upgrades contained in iPhone 6. This includes the upgraded camera as well as Apple Pay and Live Photos which are all part of the newer versions of the iPhone. Because Apple’s latest releases, ie the iPhone 6 and iPhone 6s, have both had 4.7- or 5.5-inch displays, a 4-inch model will mean that customers will get all the latest upgrades in a smaller form. This model will most likely be released by March of this year or by April of this year.  This will mean that the buyers will be introduced to better technology at a lesser and smaller price tag. In the Photo leaked the phone has similarly rounded edges like the 6s and 6 models and has a power button on its side as is common in the newer models. The iPhone 5se will however not have a fingerprint reader or 3D Touch technology.