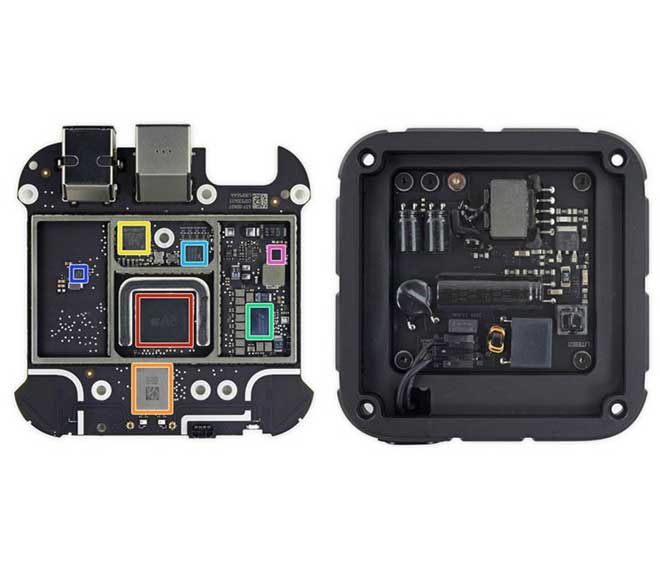 iFixit is in hot water after the release of the new fourth-generation Apple TV Developer Kits on September 9.  The developers were provided with Apple TV Developer Kits by the Cupertino-based company so that it can be used to create tvOS apps. However when the tear-down site, iFixit got their hands on one of the Apple TV units meant for developers, they did what they do the best—they took it apart and now has run into some repercussions for doing so.

According to a post on the iFixit blog, the teardown, which revealed all of the internal components of the new entertainment device, violated the tech company’s terms and conditions which led to the banning of the iFixit’s developer account and the removal of the iFixit application from the App Store.

The Apple TV unit sent to iFixit was in fact sent directly from Apple with the same restrictions placed on other units sent to different developers, but iFixit took it for granted.

“We weighed the risks, blithely tossed those risks over our shoulder, and tore down the Apple TV anyway,” reads the blog post.

“A few days later, we got an email from Apple informing us that we violated their terms and conditions–and the offending developer account had been banned. Unfortunately, iFixit’s app was tied to that same account, so Apple pulled the app as well. Their justification was that we had taken “actions that may hinder the performance or intended use of the App Store, B2B Program, or the Program.”

iFixit revealed that right now it does not plan to rewrite the iFixit application which has been removed from the App Store, instead it is planning to update its mobile website. The decision to work on the iFixit mobile site came before the App Store application was pulled by Apple. iFixit went on saying that the app was outdated and was full of bugs caused by the new operating system, iOS 9 so it was not a huge loss to iFixit.

After the distribution of Apple TV Developer Kits, numerous other developers were seen sharing photos, unboxing and featuring tidbits about the device however at the moment it is not known if Apple has also contacted these developers about non-disclosure violations or not.