Our friend Andy Marken reminded us that soon the content creation world will be focusing on Amsterdam. The event is the IBC (International Broadcasters Convention) in Rai, Amsterdam. The exhibition will run from September 15th – 19th. VR will most likely receive a lot of the coverage. Why? because to be honest, it’s a lot sexier than codecs, bandwidth and carriers throttling mobile video streaming.

VR-So Real You Can Touch It

VR is becoming so real that you can almost touch it. The excitement and opportunities surrounding this technology are really beginning to be appreciated. Some of the most talented shooters have perfected techniques that make VR more than a novelty. This is made possible with all the great new tools and talent that drive this industry.

Hear From Those Who Know

Developing, and using new VR technology is not easy, but it appears to be fun. IBC gives us the opportunity to see and hear from the people who create these immersive video experiences. Experiences you can almost touch. I’m sure we’ll hear from the naysayers as well.  But that’s to be expected. After all, silent movies lasted from 1895 – 1936. Black and White TV started in 1928. The first U.S. color transmission of color content was in 1954 (The Tournament of Roses). 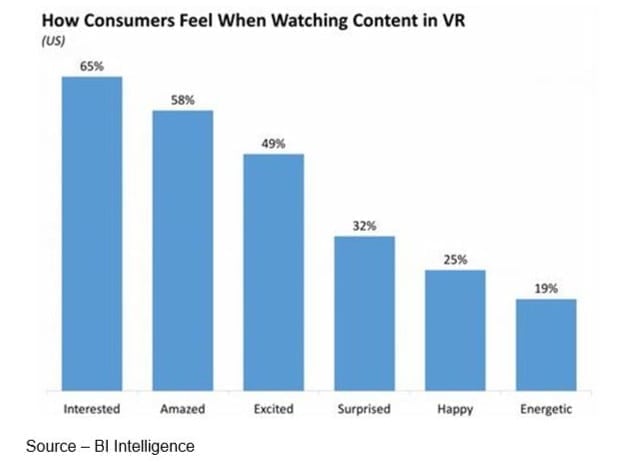 There are frankly always been a lot of challenges in the Media and Entertainment industry. But there has also been incredible opportunities. The upcoming event in Amsterdam will be focused on helping the industry get prepared for and prosper over the next fifty years. This event will be followed up by the SMPTE (Society of Motion Picture and Television Engineers) conference one month later in Hollywood, CA.

The hardware and software will continue to develop and creators will adjust to those changes. But major changes will not occur overnight because just about everything is changing.

Slowly the industry is transitioning viewers from the traditional flat screen. Creators are still dictating the content storyline and its flow but viewers are now able to not only experience the storyline but can also change their experience by looking left, right, up or down and exploring the virtual world around them.

Andy Marken tells us, “One analyst questioned how you monetize the new video approach; citing that presently, the audience is small, production costs are high, theaters are leery, there’s no “star power”/actor identification and maybe, just maybe, it’s a fad.”

The pressure is on for VR since it is expected to achieve instant success. The reality is that VR is in its first generation as far as consumers are concerned. Early adopters are now discovering what works and what doesn’t.

The Tools of the Trade

You can be certain there will be an impressive array of professional VR shooting rigs at IBC. Everything from palm-sized units like the Sphericam to ultra-large 360° units.

You have quick to market consumer grade 360° devices that have a series of cameras inside a housing.  Complete VR rigs are designed from the inside out and capture it all, including the above and below. Some will be so expensive the only way to obtain them for your projects will be to rent.

The camera is one thing, but the lenses are often the key component every filmmaker looks closely at. Many of these rigs capture content at 10X RAW video, compared to a conventional 4K/8K camera. In the right hands, the experiences they deliver are exhilarating.

VR won’t replace the 4K/HDR flat screen productions. It should, however, be viewed as a complement rather than a competitor.