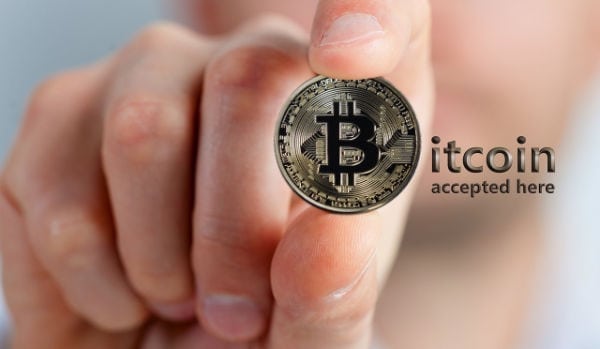 The Alibaba Group Holding Limited is making headlines in the crypto space with its subsidiary Ant Financial Services Group. Reuters values Ant Financial at about $150 billion. Ant is an integral part of Alibaba, one of the world’s most influential technology companies.

Planning for the Future of Digital Transactions

Alibaba is at the forefront of innovation. Ant Financial is its online payment services provider. Alipay is the platform name. It is the largest mobile payment solution.

Alibaba and Blockchain are Perfect for Each Other

Jack Ma, co-founder, and chairman of Alibaba is one of the strongest proponents of blockchain technology. In recent years, he has been discretely researching blockchain applications. Instead of following Bitcoin’s lead, Ma is looking at new applications that are less disruptive to the overall operations of the global markets. The benefits of his unique applications for blockchain are:

Ma’s blockchain would have benefits across the board for corporations, individuals, and governments. Among these benefits is security which is paramount. Alibaba will test blockchain technology to the fullest. Its trading volume is in the trillions.

Alibaba will launch its new remittance service in the Philippines. In 2016, this market reported $561 million for remitting money. Alipay would cut the cost of remittance to nearly zero. This will be the first such service to be offered. It lowers transactions costs and benefits exchange rates. Blockchain applications enable all of this to be done in real time. Ant has already achieved some success. Initial remittance transactions were completed in less than three seconds.

Pros and Cons of Alipay on the Blockchain

Ant will be able to draw from its wealth of experience with online payments. Knowledge of current technology backed by one of the world’s most powerful companies will be invaluable. Alipay will be capable of many things that blockchain startups were not afforded. In addition, it has reduced its risk by partnering with strong companies. Ant is in a very good position to improve upon security, data privacy, cost, and transaction speed.

There are a few negative aspects of the Alipay blockchain project. It is not a ground-up blockchain solution. This could play a role in terms of compatibility. It is also worth noting that experience in conventional online payments is different from the world of blockchain. One recurring problem area is cryptographically secure wallets. Some methods of securing transactions can be quite elaborate.

HybridBlock Crypto News Blog discussed the historic Series C funding of Ant Financial. With these funds, Ant can accelerate its international plans for Alipay. This will enable the company to better serve consumers who are underbanked, as well as small enterprises. The main reason for Ant’s funding venture is to use blockchain technology to achieve these ends.

Of the $14 billion raised for the Alipay blockchain project, $11 billion was in USD. This project attracted some very big investments from several major players. Some made contributions to the tune of hundreds of millions of dollars. Among the most notable Series C investors are:

Ma believes that blockchain technology has the potential to change the world. He goes on to say that there is a high probability that Bitcoin itself is in a bubble. The rationale is that a crypto market price driven by speculators is not sustainable. Bitcoin is the original cryptocurrency and still garners a lot of respect. But, Ma understands how online payments were done before Bitcoin. His research into employing blockchain for practical applications (without drastically changing the system) may result in leading innovation.

While Ma cautions investors about the volatile cryptocurrency market in general, he does believe that there is potential for Bitcoin’s decentralized ledger. Right now though, the crypto markets are not where they need to be to best impact the world. The Alipay platform aims to combine the best of blockchain with modern remittance applications.

More on this topic: What Is Barclays Bank Going to Do with Blockchain Tech?

CryptocurrencyDigital TransactionsFINTECHmoney
Previous Article4 Ways Your Board Can Meet The Communications Challenges Of The 21st CenturyNext ArticleHow to Correctly Fill A DA 31 Form for Army Vacation?