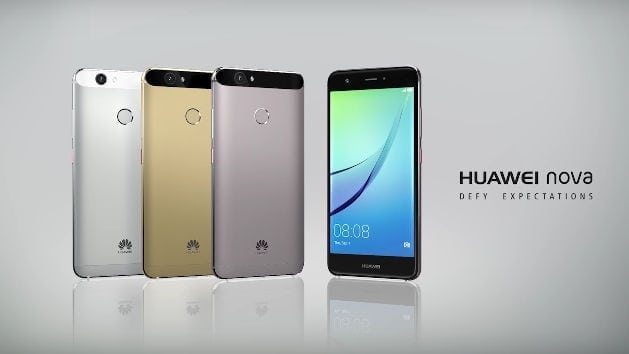 Huawei Nova and Nova Plus

HUAWEI has recently launched two phones named the Huawei Nova and Nova Plus, to have an in-depth review on both these phones, keep on reading!

Both these phones have the same basic specifications i.e Qualcomm Snapdragon 625 processor. However they vary in sizes, the Huawei Nova being a 5.0 inch and the Huawei Nova plus with 5.5 inches.

There has been a recent trend in the smartphone industry of releasing phones that are identical looking; the difference only lies in the big brother being larger in terms of the display as compared to the little brother. Slight changes along with the size include a curved screen known as the “edge” by the well-known smartphone company Samsung. However, HTC did not follow this trend and both these phones are very different in terms of appearance.

Both these phones have no keys or buttons on the front. On the right side of the phone you get a power button and a volume key, the left side includes a tray that serves as the sim card and MicroSD slot. The microphone and headphone jack rest at the top. You get a USB type-C port at the bottom with the speaker as its neighbor. The back of both these phones include a HUAWEI logo, a fingerprint scanner and the camera along with an LED flash. The fingerprint scanners are a bit different on both the phones i.e the Nova is round in shape and the Nova plus is more like a square. The positioning of the camera on both of these phones also differs.

With IPS LCD panels, and full HD resolutions (1920 x 1080), both the screens give a good experience to the user. There isn’t much of a difference other than the size. Just be careful when using these screens in sunlight because you really won’t be able to see everything clearly.

The Huawei Nova and Nova plus both feature:

If you are a normal user who likes to multi-task off and on you’ll be more than satisfied with the phone however if you lean more towards being a power user, the bad news is that you won’t like these phones much in such a scenario.

When it comes to gaming, you wouldn’t get the experience like one provided by a flagship device from the leading companies. The performance of the fingerprint scanner is very good though.

You get a huge 3020 mAh battery which is quite an impressive feature of the Nova. The Nova Plus has an even bigger battery of 3340 mAh.  Considering these figures, battery life for a normal usage of 24 to 48 hours shouldn’t be a big deal.

Both the phones have Android 6.0 Marshmallow. You don’t get any buttons so HUAWEI compensated that by letting you choose the order of navigation buttons.

If you are looking for a phone in the mid-range and avoiding the flagship ones that might go heavy on your wallet, the Nova and Nova Plus are good options with a good battery life and processor.