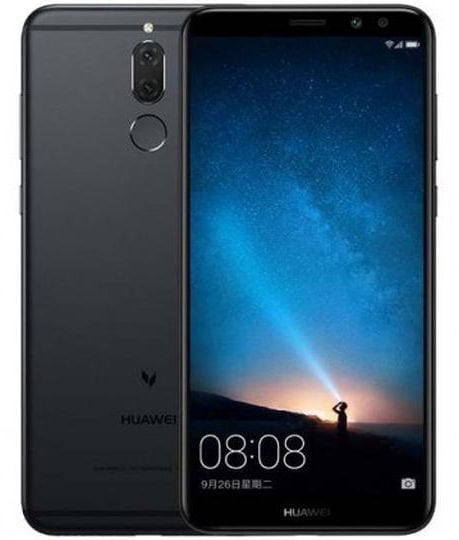 Who doesn’t know Huawei? Being Asia’s biggest OEM manufacturer, we are never too far away from a device or product manufactured by them. They are also not a new face in the smartphone business and certainly know how to make some great products.

Also being Asia’s biggest OEM, they manufacture electronics for a multitude of Chinese and international companies. As a matter of fact, Huawei is the Third biggest smartphone manufacturer, closely trailing Samsung and Apple in overall manufacturing prowess and it has started showing in their recent smartphone launches. They have had a few years of underwhelming smartphone launches, but they finally caught up in 2017.

2017 was a fortunate year for Huawei as they have had a slew of successful phone releases in all the budgets. Especially true in the sub $300 (US) or sub 20K rupees in India, long dominated by Xiaomi, Oppo and a few other OEM’s. Their most recent entry into this category is the Huawei Honor 9i, which brings some flagship-level features to the mass market. With a first to launch a phone with Quad cameras, who does it stack up to? Let’s find out:

The Huawei Honor 9i is a looker out of the box. Being one of the few devices in this budget to house 18:9 aspect ratios, it certainly stands among the sea of smartphones still following the ‘Apple-esque’ design policy. It is made out of aluminum which as usual is a fingerprint magnet, but it boasts of 2.5D glass all around the display for sleek and uniform bezels. Talking of bezels, they are very minimal in this device and could easily qualify for a bezel-less phone in this price bracket. The device is also impressively sleek and very lightweight, making holding it a joy but the aluminum back tends to get a bit slippery. Also the unique 18:9 aspect ratio makes one-handed operations rather easy, and the device is very well built despite its proportions.

As mentioned earlier, the 9i sports an 18:9 form factor but manages to fit an impressive 5.9-inch display in a size that is no bigger than an average 5.5-inch device. Of course, it is a bit taller owing to the weird proportions. What’s even better is that its display has one of the highest resolutions that you would find in this price bracket, sporting 1080 x 2160 pixels in the 5.9-inches, translating to a pixel density of 409 PPI. The panel to is a gorgeous IPS LCD which has outstanding sunlight legibility and lifelike colors.

This is one area perhaps where the Honor 9i trails quite a lot compared to its Snapdragon counterparts. It houses a HiSilicon Kirin 659 SoC which is Huawei’s own in-house SoC. It is an Octa-Core Soc based on A53 cores divided into two clusters of 4 cores, out of which one cluster runs at 2.3GHz and another running at 1.7GHz. It performs decently overall but struggles to keep up with heavy gaming loads as its Mali T-830 MP2 dual core GPU simply doesn’t provide enough grunt. It also has 4GB of RAM, which is plenty for multitasking, and the device shows no signs of slowdowns in everyday usage.

The 9i runs Android Nougat 7.0 out of the box running with Huawei’s own EMUI skin on top. This is a polarizing UI because some hate it and has a history of instability issues and bugs. However, Huawei seems to have optimized it well for the device, and it runs okay for the most part. There is a host of customizability options that lets you set the device, the way you like it. What Huawei has done well is RAM management with the EMUI with plenty of RAM available at any given time. Huawei did promise an update to Android Oreo, but given Huawei’s history, you shouldn’t expect it soon.

Perhaps the biggest USP with the 9i is the camera setup. It has one of the best camera setups for taking stills in this price segment.

It has two rear-facing cameras with a dual LED flash. The rear cameras house a 16MP primary sensor and the front houses a 13MP sensor. Both are supplemented by 2MP cameras for capturing the depth of field. The post-processing from this device is one of the best in this category, and the Bokeh effect is handled astonishing well. The photos too have an excellent amount of detail and in some cases even beats out the Xiaomi A1 in stills. It also isn’t bad for night time photos with noise handled aptly well and not much detail loss. The camera software has tons of settings to tweak the image but what’s lacking is 4K video recording. I don’t know if it was intentional, but it’s unacceptable considering the device is equipped to handle 4K. Also, it lacks any form of image stabilization so there is the occasional blurry shot.

Storage wise, the Huawei Honorn9i comes with 64GB of onboard storage with the option to add another 256GB via an SD card in the hybrid sim slot.

The Huawei 9i rocks a 3340 mAh battery to power the device. The capacity is plenty, but it lacks fast charging, which is a major loss for charging the device takes ages.

The 9i supports all major Indian network bands with 4G VoLTE. It comes equipped with Wi-Fi 802.11 b/g/n, Bluetooth v4.1 and GPS with GLONASS and A-GPS.

The Huawei Honor 9i is a great device with some glaring omissions. It has one of the best screens in its price bracket and stellar cameras for any occasion. However, a few glaring omissions such lack of OIS, gyroscope and fast charging could put off a few buyers from getting this. The Huawei Honor 9i price in India starts from 17,999 for which it competes directly with the XiaomiMi A1. If you want a well built, good-looking device that that can take outstanding pictures, get the 9i, but as a whole, the Mi A1 is a much better package overall. For more details and in-depth reviews in India visit 91mobiles.com.

Check with your mobile carrier for availability in the US.