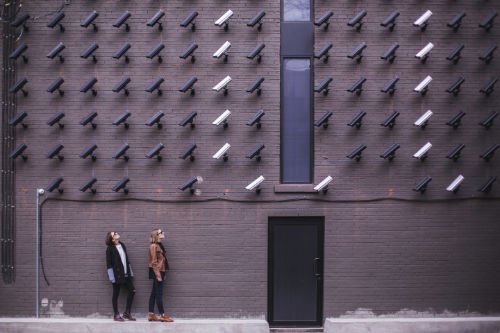 Photo by Matthew Henry on Unsplash

The recent identification and apprehension of the Capital Gazette shooter, 34-year-old Jarrod Ramos, is just another story among others where police and the FBI are using facial recognition to aid criminal investigations. Initially, police had difficulty identifying the suspect via more traditional methods such as fingerprinting, leading them to turn to Maryland’s state facial recognition software to, quite literally, “put a name to the face.” The mass shooting, which occurred at the offices of an Annapolis, Maryland newspaper called The Capital, resulted in five fatalities and multiple woundings. Ramos, angered by an article the paper published about Ramos allegedly harassing an acquaintance through social media and email, first brought suit against the paper, but after its dismissal, took matters into his own hands with a shotgun.

While older facial recognition systems are less reliable, newer law enforcement facial recognition software overcomes issues such as poor lighting, disguises, and adjust facial expressions. The advanced platforms are designed to work at any angle and in any lighting condition, using algorithms that match a person’s facial characteristics across both still photos and moving videos. The platforms are generalized, operable with any camera, and runs on an existing chip that allows it to perform at unparalleled speed and efficiency. It can automatically detect suspicious and potentially dangerous individuals using real-time analytics which furnishes insight into the locations and times where dubious individuals are the most active. This, in turn, allows officials to make informed decisions about required actions. The platform requires no hardware modifications in order to achieve immediate operationality and scalability, making it highly affordable for law enforcement agencies.

If a suspect’s behavior is not thwarted prior to an event, the software can save government bureaus and law enforcement countless hours of manual video analysis. It can capture and evaluate up to 100 facial profiles in a single image. Artificial Intelligence recognition systems can also capture and review objects, as well as faces, speeding up the investigations of major crimes. The software can capture images of patrons’ faces, differentiates them from the background, and then translates the picture into a numeric code that helps it determine one individual face from others. Biometric analysis makes note of the distance between the eyes, the width of the nose, the depth of the eye sockets, even the shape of their cheekbones in order to differentiate faces.

These algorithms are already commonplace in many aspects of contemporary life. It is used to tag people on Facebook, to unlock iPhones and PlayStations, and it will soon be used to admit fans via facial recognition tickets to Major League Baseball games. With hundreds of millions of people participating in the sports industry, crime can run rampant at events. Facial recognition technology could make sports viewership safer and more lucrative, decreasing risks of violent crime and prevent monetary loss. Most adult Americans, whether they are aware or not, are already in a facial recognition database of some sort, the result of state governments formatting driver’s licenses and passport photos for such use. Many law enforcement agencies have utilized databases like this for years, comparing a photo or video still to a database of mugshots.

Facial recognition software can also be seen in crime prevention for retail businesses. Utilizing the system allows police officers and security officials to instantly identify known shoplifters, organized retail criminals, or persons with a history of fraud. Monitoring individuals and consumers will no longer require reliance on memory or professional intuition, allowing for loss prevention security to access valuable information and improve directives utilized when approaching and apprehending criminals. Some retailers, including Target and Walmart, have already tested the use of facial recognition software in limited numbers of locations and are studying the use of the platform for security purposes.

Most individuals are concerned with personal safety and public security, but this does not mean that tragedies that make world news without the assistance of a service like Social Gone Viral make everyone feel comfortable with the widespread use of facial recognition software. In fact, many people worry that normal error rates may adversely affect the efficiency of its use. Concerns over the invasion of privacy, false positives, and violation of personal rights means that the quarter of local and state police departments nationwide in the US will need to monitor their use of their facial recognition databases.

What are some advantages and disadvantages of facial recognition software as you see it? Do the positives outweigh the negatives of its use? Feel free to share your thoughts here.