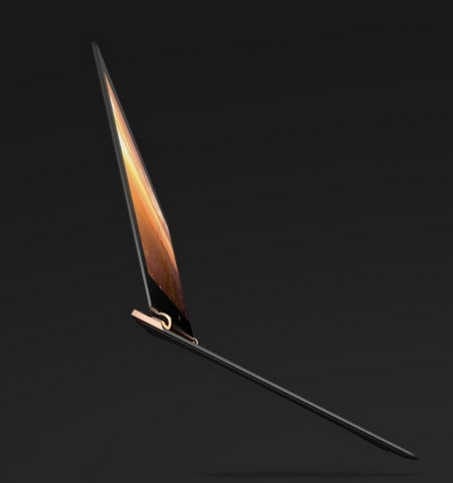 The technology giant Hewlett-Packard, more commonly known as HP, has recently revealed the release of its newest Laptop, The HP Spectre Notebook. This laptop is being labeled by HP as the World’s thinnest laptop to date. With its width at only a 13.3”, HP has still somehow managed to fit in processors of i5 and i7 microprocessor types, a PCIe- based SSD, and not just this but a full-size keyboard and audio speakers from none other than the very best at their work, Bang and Olufsen.

This wonderful technological advancement from HP, however, required some limitations on their part as well. In order to fit in the normal components of a notebook in a much smaller space than usual, HP had to make some innovative changes to the fitting and designs of their components. But this comes at a compromise. What HP has decided to live with is the limited serviceability and upgradeability of this Spectre notebook.

Weighing only 1.10 Kilograms and with its thickness of about 10.4 mm, this marvel has been made using CNC machined anodized aluminium, custom strands of carbon fibre,  it comes with a Gorilla Glass-equipped glass panel as well as special piston hinges to make sure that the users get no less than the best.  In order to maximize its battery timings, which is as much as 9 hours and 30 minutes for normal usage, HP has used two separate style batteries within the compact placement of the Spectre notebook.  To top off all of its features and sleek design, it comes in black and gold colors.

Coming down to the specifications bit, it is available in two major processor types, that is the Intel Core i5 and Core i7. Equipped with 8GB RAM and a graphics card, Intel HD Graphics 520, it comes in variable storage types, that is, either in the 250 GB SSD or the 512 GB SSD. The whole display assembly is only 2mm thick.  One of the key features to note in the Spectre Notebook is that it is been built with the sole objective of giving the users the sleekest and slimmest laptop they’ve ever seen. What comes as a drawback, however, is that its RAM and its internal storage cannot be upgraded because of these being soldered to the main unit.

Author: Ayesha Siddique is a mechanical engineering student, currently in her junior year. She has an obsession for automobiles and makeup.