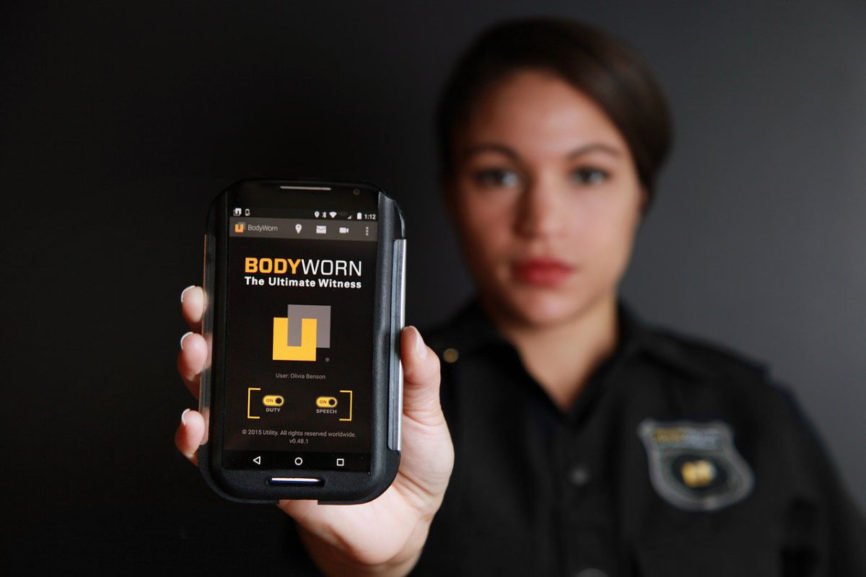 Image by BodyWorn by Utility from Pixabay

Police work has never been simple or easy, but the recent introduction of advanced technology has certainly made the job safer, and the officers themselves more efficient. For example, evidence management for law enforcement has been made much easier via digital solutions. It’s not only about the work either, but tech-based opportunities have opened up new doors for career development in the police force as well.

It is true that in recent times, the impacts of social media have not always been favorable. However, a lot of that had also to do with the fact that the police did not have a proper social media presence to provide them with a platform to voice their opinions. It would have proven crucial for the reasons as follows:

More recently though, this has changed a lot. Particularly on Facebook and YouTube, the police have now built an active presence. It is proving a huge step for presenting their own point-of-views, perspectives, and replies to various sensitive situations. An active presence on social media channels has also enabled the higher-ups to take note of unsettled grievances and complaints while accepting public feedback at the same time.

No other piece of technology has proven to be as effective in changing public perception about police work as modern bodycams. They have been a tremendous technological boon for honest police officers, on account of the following reasons:

It is to be noted that the improvements made in bodycam optics have played as much of a role in all of this as the implementation of police bodycams itself. The ability to provide high-quality night footage, clear, high definition, daytime video and audio capturing are some of the main features which make these little gadgets so effective.

Dashcams are not a recent introduction by any means, but it’s the technological enhancements made in these cameras that makes all the difference here. During car chases and consequent confrontations/arrests in particular, modern dashcam footage can be extremely helpful. While the earlier videos from these cameras were a blurry mess, especially at night and during high-speed chases, new and improved dashcams used by the Canadian police provide clear and verifiable evidence. Its utilities in court and on social media are the same as that of the bodycams.

The Canadian police force is short in numbers at the moment, and there aren’t enough leaders in the force to provide guidance to the inexperienced recruits either. In some of the rural areas, the situation is even more dire. Considering that the Canadian per capita police presence has gone down to only 185 officers/100,000 citizens, it would be safe to state that the situation has not been so urgent since 2001.

To counter the shortage of leaders in the Canadian police force, an online Bachelor of Policing program is ideal. The flexible Bachelor of Policing course at WLU is recognized by the Ministry of Advanced Education and Skills Development and developed by leading police officers themselves.

Short as the numbers are already, it would be even more troublesome if on-duty officers took time off to study and further added to the deficit. The WLU Bachelor of Policing degree course provides the education and skills necessary for present/retired officers (as well as Special Constables) to pursue higher ranks, without having to skip active duty.

As the theoretical aspects of police training continue to lean towards the online medium, courses in law and criminal justice offered online to students are paving the path for more young students to take up police work as a career path. This is expected to make a big dent in the current shortfall of officers being experienced by Canada.

Traffic cams are everywhere nowadays and, contrary to popular belief, they are much more useful than simply helping the police in issuing tickets.

Automatic License Plate Recognition, or ALPR, is an already implemented but constantly improving machine learning program, which has presented the police force with a number of the following advantages:

Within home territory and under normal circumstances, drones are used for surveillance only. While they are not new, their range, stealth, camera quality and the AI powering the drones are lightyears ahead of what it was even five years ago.

Public protests and civilian concerns for privacy have restricted drone operations, but in order to scope out dangerous situations without endangering police officers, they are quite unmatched.

Once restricted only to video games, police officers can now access real-time HUDs with location and target markers in police cars. Naturally, this has led to the following improvements in police work:

It’s true that technology can’t yet take care of every danger that officers have to face on a daily basis in real-life scenarios, but there is little doubt that their jobs would be a lot harder and unsafe without them in place. A lot is still to be expected from the future of course, but even as things stand now, joining the Canadian police force is a lucrative career option with unprecedented growth opportunities.

Law EnforcementPolice
Previous ArticleHow To Build Your App From Scratch To Digitize Your Small Business?Next ArticleWeb Design Tips for a Unique Internet Startup