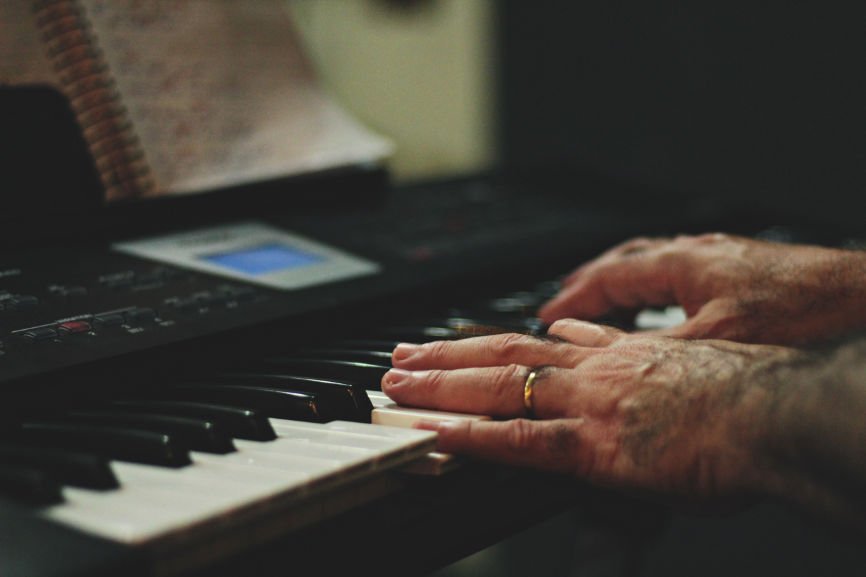 Photo by Igor Rodrigues on Unsplash

How Many Sus Chords Are There?

Unlike other ventures, music allows you to shine both as part of a group and individually. In your quest to master the guitar or keyboard, you can learn about suspended chords. These are ambiguous chords, neither major nor minor, which give you the freedom to solo over a group if you wanted to.

However, if you don’t learn to play suspended chords correctly, you could stand out for all the wrong reasons. You may end up sounding more hollow and not nearly as you would with a minor or major chord. You can learn more at muzictribe.com about what it takes to master sus chords.

But for now, we’ll be looking at the different sus chords and how to use them. In this way, you can use these chords to your advantage and further your journey in music.

The Meaning of “Suspended or Sus” in Suspended Chords

When one says to “suspend” chords in the music language, he or she means to delay resolution. You see, in whatever piece you’re playing, you can increase tension by keeping things hanging.

This delay of the inevitable is what adds interest to the performance. Also, this is where suspended chords come into play.

The Two Most Common Types of Suspended Chords

In contemporary music, the two main types of sus chords are sus2 and sus4. Instead of the chord tone that normally represents these chords’ numbers, the numbers for sus chords represent scale degree.

As you may have noticed, there’s a third missing in both these scenarios. Keep in mind that the third tells us whether a chord is minor or major. That’s exactly why these chords are called suspended.

Incomplete can even be considered a fairly accurate description of these chords. That’s because, in the case of the first chord, finality can only be achieved when the fourth resolves down to the third. Or, in the Dsus2 chord, when the second moves up to the third.

How To Use Sus Chords

For the most part, an artist can test out where to fit a suspended chord. This is for them to place it wherever it sounds most appropriate, which typically excludes a composition’s very last chord.

With the unstable nature of suspended chords, fitting them at the end of a piece would make the entire piece incomplete. Nevertheless, if you’re looking for an open-ended feel to your song, then feel free to have it go unresolved with a suspended chord. Just know, though, that many of your idols will not be happy.

The Use of Suspended Chords in Songwriting

More than adding a bit of flavor to your music, suspended chords work as substitution chords that smoothen out the chords’ progression. They give your music unexpected tension, which can thrill viewers and listeners of your performance.

This is a critical element to add in a songwriting venture if you want to make your listener’s journey more interesting. Imagine things resolving themselves without pause or thrill; wouldn’t that be such a boring song to listen to? It also removes from the listener’s experience and can make your song forgettable.

Using suspended chords in songwriting can proceed in the following ways.

This simply means alternating between minor or major chords and suspended chords. This is a fulfilling chord progression used by many popular artists. The band The Who famously used this technique of alternating suspended chords with major chords in their hit Pinball Wizard. The band Foreigner did the same thing but only with minor chords for their song Cold as Ice. For this particular song, the writers used an Ebsus4 to Eb minor.

For instance, instead of using the progression C,G,C, a composer might decide to pause and linger a bit on that last note by adding Csus2 in between the first C and G. The progression should then look like this: C, Csus2, G, C. This may also be voiced so that there’s more longing in that particular section of the song.

What’s great about the classical method is that it also works for smoothing out awkward progressions. For instance, if a particular line in a song sounds harsh to you, you can suspend a note from a major or minor chord of that line over to the next chord. That gives you an instant fix and suddenly makes the line feel more meaningful.

Adding an Element of Unpredictability With Suspended Chords

While few would argue that suspended chords have a high degree of dissonance, many would agree that they are unresolved. The fact that many listeners expect them to resolve means songwriters can play with their expectations a bit.

For instance, you can resolve suspended chords in certain progressions in your piece yet refuse to do so for the last part, which leaves listeners hanging. Match this suspension with your lyrics, and you can certainly make an impact.

So, How Many Sus Chords Are There?

Basically, there are two main types of sus chords used in guitars and keyboards. They create note suspensions or delays to give a song or piece more character. They keep listeners and viewers guessing and engaged throughout the piece.

Will the song resolve in the end, or will it remain open-ended? As a composer, these are questions you want your listeners to ask because it means your composition has made an impact on them.