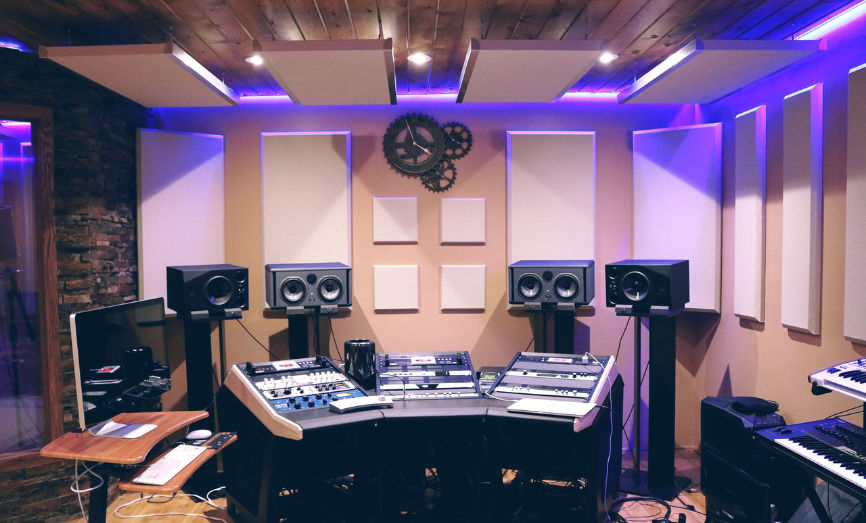 Anyone who mixes records has probably experienced moments where their mixes sound incredible in the studio yet don’t translate well to other speakers. In cases like these, the studio monitor is usually the culprit.

Because of this, it’s crucial to pick a high-quality option that is compatible with other devices in the mixing environment. There are studio monitors up to $1000 that would fill that role reasonably well.

Whether it’s the monitoring speakers or the way they’re set up that’s the issue, you can’t deny that this is a purchase that you need to get right from the onset. Here’s a brief guide on how to do just that.

You could say that the non-negotiable aspect of choosing a studio monitor is the frequency response feature. An option that scores high in this department produces a mix that faithfully represents the one you actually recorded.

Back then, it was the pioneering reference speaker that made records more pleasant to the ears. It also came in affordable versions that either cut or boosted certain frequencies to create a more aesthetically pleasing outcome. Modern studio monitors providing the flat frequency response are now relatively cheaper, which is something you want to take advantage of.

Aside from factors that center on the studio monitor itself, there are also considerations regarding the mixing environment that are as crucial to the selection process.

The Size of the Room

Your goal is to choose a monitor that aligns with the size of your studio. For instance, a unit with an eight-inch woofer is not ideal for a small space, as it could easily overpower the area. However, it would be perfect for a large room because its larger speakers would allow you to run the system more efficiently.

Proximity to Your Neighbors

If you’re doing mixes in an apartment, consider getting smaller speakers that provide great sounds at a lower volume range. You don’t want to disturb the neighbors, after all.

What To Consider When Choosing a Studio Monitor

Now that the mixing-environment assessment is out of the way, it’s time to head to the music store to pick out a studio monitor. Go about the process thoroughly, taking into account the type of music you want to create and the mixed recordings you’re familiar with. That should have you factoring in the following elements in your speakers:

The speakers’ bass response is either one of the following: boomy and badly defined or tight and controlled. You obviously want to aim for the latter, as it delivers more punch and is more musical. These speakers give off sounds that don’t just translate auditorily. Instead, they also elicit a tactile response, where you feel the sounds reverberating throughout your entire body.

It can be a struggle to hear these bits of sound in consumer speakers due to the smiley face EQ that is frequently applied to them. If you aren’t used to listening to flat frequency response speakers, you may be unfamiliar with your favorite mixes’ mids. Hence, it’s important to select a studio monitor with a good mid-frequency response.

You don’t want to overlook this, as “live” instruments and vocals often register in the midrange. As such, you need to be able to pick out the vibrancy and presence of those smooth vocals and the relentless attack of those percussion instruments.

Does it sound like some instruments pop out more than others? Do the vocals sometimes get lost in the melody?

These likely have something to do with your studio monitor’s linear frequency response not being as smooth as you want. This particular feature has to be level throughout the reproduction range. This way, mixes translate faithfully from one speaker to another and from one room to another.

Are the cymbals crisp and shimmery, or do they give off a brittle edge? Studio speakers with great high-frequency responses provide crisp highs sans the harshness. They should also allow you to hear the tails’ reverb and the vocal’s breathiness.

A wide stereo image allows you to mix with incredible efficiency and detail. Take a good listen. Can you hear the subtleties of each instrument? Can you tell by the recording which room you were mixing in? High-quality stereo imaging makes it easier to identify the components of your mix.

On top of all these, one must always take into account personal taste. At the end of the day, even if all these features come together to form a “technically perfect” studio monitor, you still might find it lacking in some aspects.

Thus, what’s most important is to go for a product that aligns with your unique mixing circumstances. These include your specific creative environment, taste in music, familiar mixes, and mixing abilities. Basically, if the speakers complement the staples of your studio well, they should translate well to your ears.