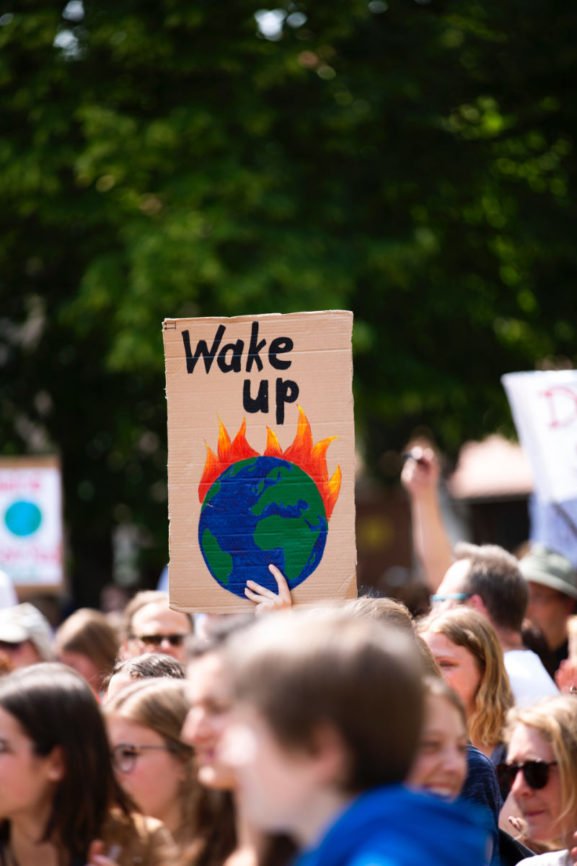 Photo by Markus Spiske on Unsplash

Climate change is happening, and humans are major contributors. Global warming is accelerated by the burning of fossil fuels, which is threatening biological systems and causing sea levels to rise. Since most of our energy still comes from fossil fuels, it makes sense that to solve the problem, people need to conserve energy. That means using less and being more efficient with what we do use. And the best way to conserve energy is to avoid the common mistakes that drive up the number of kilowatts we use — mistakes that end up as high costs to the planet and our wallets.

But energy conservation is only one piece of the puzzle. Climate studies reveal human overpopulation is a significant factor to climate change. Supporting a growing population of 7.53 billion people is taking more resources than we can save. Despite the recycling and efficient light bulbs, individuals still leave a higher “carbon legacy.” Meaning, even the most staunch conservationists use more energy than they save. So, reducing CO2 levels isn’t enough; we need to switch to renewable energy like wind, solar, and hydroelectric. But until then, energy conservation is the best way to slow the tide of climate change and its consequences. Here are some ways climate change is affecting energy conservation.

As the planet warms, the demand for cooling across the United States will likely increase. Keeping homes and offices cool during the summer months will require more electricity. A rise in temperature of 1.8°F is estimated to increase energy demand by 5%-20%. While it’s true that warmer weather will also decrease heating bills (estimated at 3%-15%), the net effect will still be an energy increase of 10%.

Rising temperatures will lower the efficiency of power-producing plants. Since fossil fuel and nuclear power plants use water for cooling, any increase in air and water temperature will make the processes less efficient. Power producers will need to use more energy for the same output. And with spikes in summer temps getting higher, utility companies will burn more fossil fuels and/or turn to alternative energy sources to take up the slack. So, higher demand will help move the industry from fossil fuels to renewable energy.

On the consumer side, innovations like smart electrical grids and smart home devices will help reduce household and business energy demands. With a smart electrical grid, utility companies can deliver only what a household or office building needs at the moment. Do energy comparison of different providers and find the best company for your energy requirements. Smart grids “talk” with smart devices like electrical meters, lighting systems, and appliances. Because of this interconnection, grids can determine kilowatts needed in real-time. Smart appliances like clothes dryers and water heaters can shut themselves off to conserve energy, and they can operate at off-peak times to lower consumer costs. Consumers will invest more into these smart devices to help lower electrical costs as demand pushes prices higher.

This integrated system made up of smart grids and home devices will lower some of the inefficiencies and increased energy demands caused by warming temperatures. Plus, real-time responses to demands will make it easier for companies to switch to renewable energy. When wind and solar farms are producing, the smart grid system can bring them online, replacing coal and natural gas.

The quality and quantity of the Earth’s water supply are directly affected by global warming. Glaciers hold about three-quarters of the planet’s fresh water supply. And glacier retreat is shortening the annual runoff of freshwater for many regions in the United States. Longer droughts and shifts in rainfall amounts are creating deserts in some areas and floods in others. But a less predictable and available water supply also impacts energy production.

Electrical plants depend on steady, reliable water supply for operation. Any unpredictability means hydroelectric plants have less water supply for production. The fight for water supplies will intensify among communities hit by droughts. And companies and consumers will struggle to balance water needs with power demands. For coastal communities, desalination plants will come online to produce freshwater from salty ocean water. But the process consumes large amounts of electrical energy. So, again, there will be a net cost that will balance out or override the energy savings.

There is a problem with energy conservation that’s often pointed out by critics as a paradox: the more energy we conserve, the more we use. Despite promises countries have made to cut greenhouse emissions, they’re falling short because world demand for energy is increasing. At the same time that cars, appliances, and products are becoming more energy-efficient, our need for energy is growing. Today’s passenger airplanes are 1.5% more fuel efficient than those 50 years ago. But since the 1960s, airline travel has risen by almost 9%. What’s happened? The more energy-efficient, the higher the demand. We may have cars that get 50 miles per gallon, but we’re driving more miles. The net effect is a loss of efficiency, not a gain.

This phenomenon is prevalent in every industry, and it’s part of why operational efficiency is another ingredient of energy conservation. We can’t only save energy and not change how we consume or how we operate our lives. We don’t want to do more with less; we must do less with less. That’s the real challenge of governments, businesses, and communities — changing our tendency to transform savings into making more stuff we don’t need. And, in the future, that might mean making fewer humans.

The Future Of A More Eco-Friendly Planet, Thanks To Technology

The Future Of A More Eco-Friendly Planet, Thanks To Technology

Morgen Henderson
Author's Bio: Morgen Henderson is a lifestyle, business, and finance writer. She loves helping others improve their lives and is always looking for ways to improve her own, whether it be through relationships, finances, or any other means. In her spare time, you can often find her testing out new recipes in the kitchen and exploring the globe. Check out more of her work.