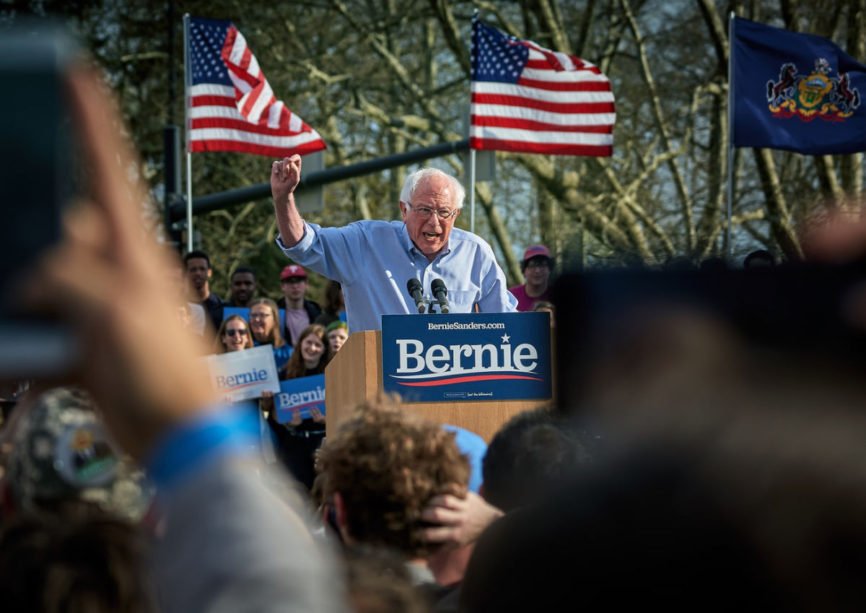 Stepping up his political efforts in Iowa this year has revealed some part of Bernie Sander’s political advertising tactics. Instead of ignoring conventional advertising mediums in favor of a digital campaign, Sander’s campaign managers are pouring money into traditional media. All in an effort to attract more voters into the political system who can support him.

Presidential nominee Bernie Sanders seems to be flush with cash and is spending over $30 million on TV ads in just California and his first four nomination states. Experts familiar with political advertising say the Sanders camp is offering up a show of financial force. It also suggests the presidential hopeful is trying to reach outside the sphere of traditional Democrat voters or fence-straddlers.

Whether targeting working-class Americans such as Optimum business support employees or white-collar collegiate Americans, the Sanders camp is pulling all stops.

A Look at Sanders in Iowa

Senator Bernie Sanders from Vermont has been hogging the airwaves in Iowa since early October. Initially, his campaign managers decided to spend around $1.3 million in TV ads. The campaign has bought airtime worth $1 million in New Hampshire and will begin broadcasting ads this Thursday.

What does it mean?

The Bernie Sanders campaign has made a point of going in a different direction than traditional politicking. Instead, the campaign has focused more on putting feet on the ground, with organizers hustling hard to bring in new voters into the camp. However, their current TV spending seems to indicate a shift.

The campaign has allocated several tens of millions for political TV advertisements. The ads are intended to run from early November till early March, ending on Super Tuesday. This seems to suggest a return to more traditional means of political campaigning to achieve the same goals of bringing in more voters.

According to adviser Jeff Weaver, Senator Sanders has a galvanizing effect on the voting public. Using his reasoned, left-leaning outlook, Sanders has managed to bring in a number of working-class Americans into the political process they previously didn’t participate in. To maintain authenticity and remain true to their campaign promises, the Sanders camp is reportedly producing its TV ads in-house.

What is The Opposition Up To?

The sudden spike in Bernie Sanders TV ad campaigns seems to coincide with the actions of two of his main opponents. Massachusetts Senator Elizabeth Warren has established more field offices in the state of Iowa than Sanders. Mayor Pete Buttigieg of Indiana has done the same. If you look at Bernie Sanders’s strategy in light of this, it is actually a very smart move.

How Is More Spending on TV Smart?

As we already saw above, both Senator Warren and Mayor Buttigieg have deployed more field offices in Iowa than Sanders. Instead of trying to establish more offices, the Sanders camp has taken a different route. They are focusing on building a network that lets organizers and supporters connect with each other online, instead of relying on multiple field offices across the state. In order to stay relevant to these people, TV ads strike the perfect chord.

In 2016, Bernie Sanders used a tactic in his presidential campaign known as distributed advertising. This tactic relies heavily on a large number of networked volunteers who can distribute their campaign messages to the public. Individual volunteers add more voters to the camp than a standard field office. The idea is to motivate first-time or unlikely voters to join the political system. The same tactic is in play in 2019.

The national campaign director in the Sanders camp, Claire Sandberg, believes the currently used methods will work well towards the campaign’s goal. The goal, according to her, is to reach as many or all of the people disillusioned with the political process and not likely to vote. They aim to talk to these people and motivate them to become part of the political system by turning out to vote. Sandberg claims they can reach voters on a much larger scale than other candidates thanks to distributed advertising, TV ads, and of course volunteer work.

Senator Sanders’ campaign is picking up steam and rolling out the big guns in Iowa and the first four presidential nominating states. With over $30 million earmarked for TV ads alone, I’m looking forward to watching Sanders’ campaign messages on my Cablevision packages. Here’s to hoping for a better voter turnout than ever before to strengthen the democratic process.

ElectionsPolitics
Previous ArticleWhat Brand Of Manual Stabilizer Should You Use For A DSLR Camera?Next ArticleStarting A Career In Music? Read This First