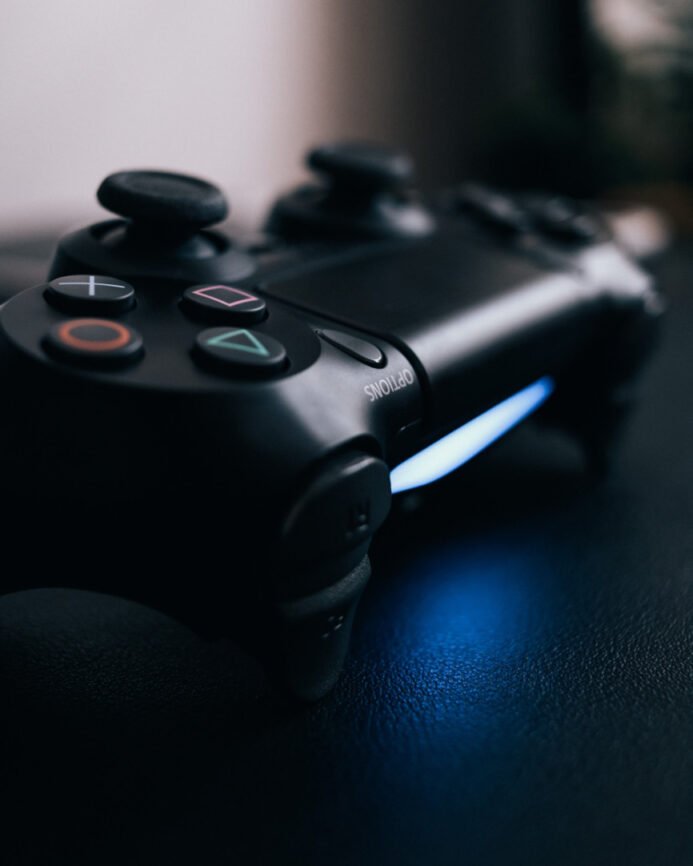 Photo by Thamara Maura on Unsplash

When video games are produced, their main aim is to allow the players to immerse themselves in computer reality and give them a real-life-like experience while playing. Most of it is possible due to the advanced AI technology used in gaming. Even though the concept of AI is known for each game player, as this technology has been with us since the time of Pac Man, game developers nowadays go a little further in providing the players with a realistic game experience as possible.

The characters that a player encounters during the game act intelligently as if a human game-player controlled them. AI-powered games based on complex algorithms, combined with machine learning, make it possible for machines to learn, analyze human behavioral patterns, and create their own personalities. Even though it all sounds like science fiction, game developers have been using this kind of technology for decades now, and continue to go further and further, providing the players with long-term gaming experiences.

The characters in RPG games like Cyberpunk 2077 act as if they were real human beings. Moreover, they communicate with us responsively and sound natural when we interact with them. To make the dialogues in the games authentic, video game developers use AI to generate human-like synthetic voice in the games.

With a relatively small sample of the actor’s voice, the synthetic speech in AI-driven games has endless possibilities. It can vary, depending on the emotions that drive those characters. The tone of the people we interact with can differ depending on the situation that we are put into.

The gaming industry benefits tremendously from this technology. There is no need to record long sessions with actors who earlier provided a voice in all the dialogues that vary depending on the game path you choose.

The way characters speak is also diversified due to Natural Language Processing combined with AI. It allows the software to recognize the words and phrases and analyze their meaning. The algorithms are multilingual and make the interaction between you and the computer possible.

Not only do the characters in video games speak as if they were real people, but thanks to the AI, they also behave like a human player. Artificial Intelligence determines the behavior and decisions made by NPCs (non-player characters) using the decision trees technique.

Regardless of the type of the game, your computer opponent is responsive due to that technology and reacts in a certain way when you are fighting them. Some AI opponents in first-person shooter games can learn from you how to fight effectively and use the techniques that are smart and goes beyond the simple defense, such as covering themselves from a fire attack or retreating when their health level is too low.

The behavioral decisions are often based on the Finite State Machine algorithm. Game designers analyze all the possible scenarios in the game and then program all the reactions and responses that are accurate for the player’s moves. FSM allows the character in the game to be in one state at a time, so the algorithm can choose whether your opponent is attacking, defending, or fleeing. This technology dates back to the ’90s – even the turtles in Super Mario Bros were driven by FMS and used a primitive form of artificial intelligence.

Monte Carlo Search Tree is a more advanced technology that is often used in strategy games. It functions as the “search tree” and aims to consider all the possible moves that it can encounter during the dame, and then pick the best response based on the observation and experience.

Such algorithms can analyze thousands of moves, but they need to learn how to respond adequately. So at the beginning of the gameplay in titles such as Civilization, it behaves randomly to become more powerful and make more valuable decisions in the latter part of the game.

Opponents driven by AI can be intelligent and outdo you in the game. Still, each video game fan would agree that fighting an unbeatable character does not enhance the gaming experience but rather makes it more irritating. Hence, AI in the game industry is going to provide gamers with unique experiences to immerse themselves in the virtual reality even more, rather than creating opponents so intelligent that defeating them would be impossible.

Gaming has become an excellent field for AI to develop and grow, and the industry is continuously using more and more advanced tech. The algorithms on which AI is based are so complex that the boundary between what is real and what is part of the game slowly blurs and alters the way we perceive gaming. Artificial Intelligence has already had an enormous impact on how we play and continues to change the whole gaming industry.