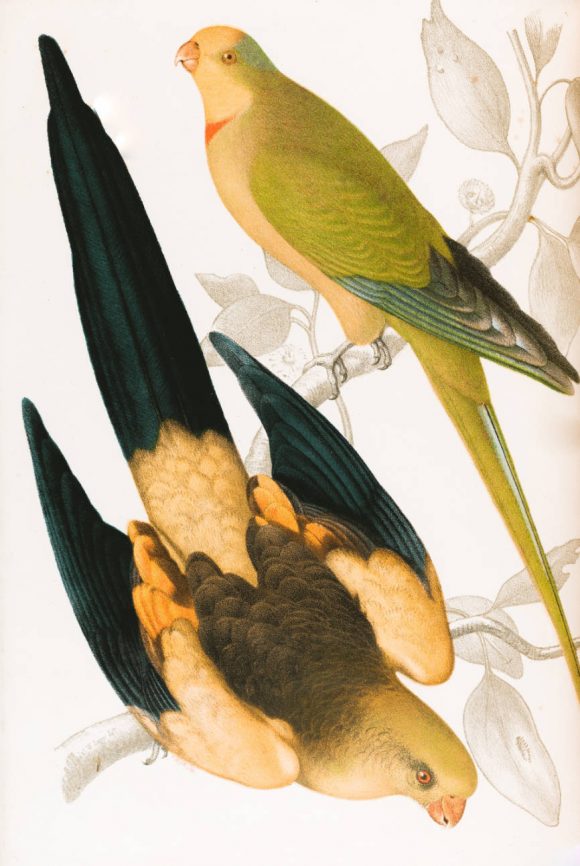 Photo by Museums Victoria on Unsplash

Australia has an art history that is unlike anything else on the planet. With a long indigenous heritage and a strong colonial background, the country’s people have had to accept their isolation from the rest of the world and create their own identity. Aboriginal, Colonial, Landscape, Modernist, and Contemporary periods may all be found in Australian art history until the twentieth century.

The history of art in Australia reflects this journey of national self-discovery. Around 1770, you may claim that contemporary art history in Australia began with James Cook’s trip and the botanical illustrators Sydney Parkinson and Joseph Banks’ sketches.

These aren’t just beautiful items; they play an important role in the traditions and culture of Australia’s indigenous people.

Painting, sculpture, architecture, and other visual arts are included in the colonial period of Australian art history. The artists were mostly colonists of European heritage who were not Australian natives. However, there is a common thread that runs through both Western and indigenous cultures. That is the land’s significance and sacredness.

The first settlement in New South Wales was followed by colonies in Tasmania, Victoria, South Australia, and Western Australia, partly as a convenient place to unload convicts from the overflowing British penitentiary hulks. Artists who moved to the colonies (as convicts or free settlers) or visited there brought the styles popular in Europe during the period with them. They were primarily realists.

In terms of dates, the history of modern art began about 1860 and lasted until the 1970s. Modernism and modern art are two distinct concepts, but they are intertwined. Between contemporary and modernism, no distinct timelines are defined. The term “contemporary” is occasionally used to refer to anything created after WWII.

The difference between a Modernist and a Contemporary painter is the concept of experimenting. It is for this reason that tracing the history of modern art is so difficult. Its origins may be traced back to the nineteenth century, with Paris’s Monet, Renoir, and Cezanne exhibitions.

The art scene in Australia predates the arrival of Europeans on the continent’s coasts in 1788. Indigenous Australians had been painting for a long time before this. The indigenous art scene is the world’s longest continuously existing art tradition.

Today, Aboriginal rock art may be found all over Australia, from Uluru and Kakadu in the desert center of the continent to the Grampians and even in Sydney. This art is at least 30,000 years old, several thousand years older than the cave paintings in Lascaux, France.

Concentric circles, arches, and dots are used in Aboriginal art to represent significant aspects of indigenous existence. Originally, the art was painted or engraved on rock, bark, sand, and stone.

Susan Betts is a well-known contemporary indigenous artist who adheres to traditional Aboriginal painting techniques. Qantas and Coca-Cola have used her designs, as well as the Sydney Olympic Games in 2000.

Early colonial art in Australia was mostly scientific to explain a strange, faraway place to Europeans. Around this time, most artwork depicts Australia’s peculiar flora and fauna.

Many of the paintings were so unusual that they were met with mistrust; for example, many assumed botanical illustrator Sydney Parkinson’s sketch of a platypus was a fraud.

Foreigners trying to make sense of the unusual landscape created more quirky paintings. They were particularly fond of experimenting with light, as Australia’s natural light differed greatly from Europe’s.

The Victorian gold rush sparked change in Australia’s art scene. Landscape paintings were starting to be commissioned by wealthy landowners and merchants. The late colonial period’s art investigated the landscape; it portrayed colonialists’ perceptions of and relationships with their surroundings.

During this time, Louis Buvelot was a major character in landscape painting. His art was so influential that he was dubbed the “Father of Landscape Painting in Australia.” He painted domesticated and stable landscape images in stark contrast to the strangeness and danger depicted in earlier works.

This was noteworthy because of the museum’s growing collection of European and Australian art and because a nearby art school nourished future Australian artists.

In the early part of the twentieth century, Australian art expressed the fear and uncertainty that permeated society between the two World Wars. European expressionism, surrealism, and social realism became popular among artists. As a result of the federation, artists expressed the developing national identity through Australian myths, tales, and lifestyles.

For example, Arthur Boyd drew on the Bible to develop Australian mythology that depicted the horrors of war. Some of Australia’s most iconic early images of locals enjoying themselves on Sydney’s beaches were taken by photographer Max Dupain.

Sidney Nolan appropriated Australian tales to reflect unconventional views of the country’s history. His surrealist-influenced Ned Kelly series is one of the most well-known and well-known pieces of art in the country today.

ART IN THE PRESENT TIME

Australia’s art culture is still thriving. In an endeavor to delve into what it means to be Australian; artists explore abstract art and popular culture and capture the two World Wars in the Australian landscape and history.

Photographers, in particular, have prospered in this country’s various landscapes and cityscapes. Ken Duncan, Jack Atley, and Steve Parish have all given a large library of photographs to help increase Australia’s artistic representation.

Australian artists will undoubtedly have a lot more to offer the art world in the future. Artists are currently inundated with topic material on this enormous continent with its multiethnic society. Their art not only contributes to the exploration of Australia’s identity but also helps them define it.

How to Have Fun If You Came to Australia for a Week?