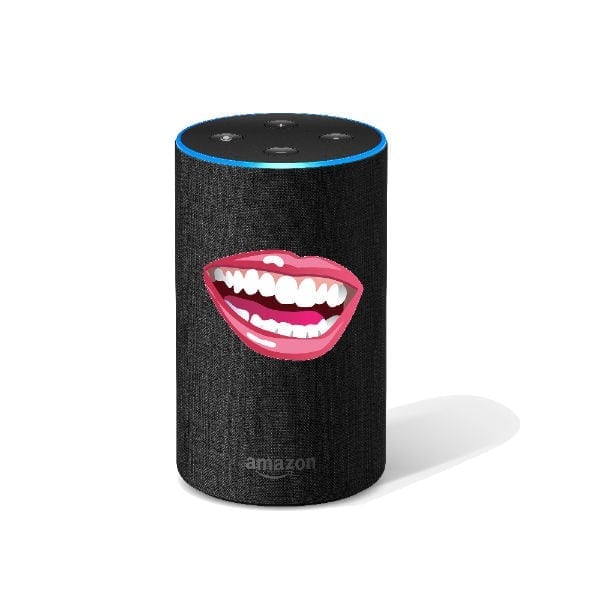 Hey Alexa, now you are creeping me out. On February 22nd it was discovered by an Alexa user that the smart home assistant can also be a smart-ass by laughing completely on its own. Imagine being home alone in the evening, perhaps with small children and getting ready for bed when all of a sudden your smart assistant starts laughing. How unsettling and unnerving is that? This sounds like the making of a Hollywood plot for a horror movie, but sadly this really happened. Randomly, and to multiple people.

How Could This Happen?

Can it be that someone has a warped sense of humor? Could it be a hacker or someone on the product development team with a poor sense of humor that planted an easter egg? I don’t know why laughing would even be on the menu for such a device. I know Alexa is capable of telling you a joke. Just say “Hey Alexa, tell me a joke”,  but does it understand humor enough to respond with laughter?

Amazon, You Got Some ‘Splaining’ To Do

This was puzzling and troubling until Amazon stated that the problem was due to Echo devices incorrectly hearing themselves being commanded to laugh. If the device is supposed to interact with their owner but there was no interaction, then “Houston, we have a problem”.

Amazon says, “We are disabling the short utterance ‘Alexa, laugh.’ We are also changing Alexa’s response from simply laughter to ‘Sure, I can laugh’ followed by laughter,”. Hmmm.

So where was this “command to laugh” coming from? None of the processing on any of these devices is handled on the client side. You are powerless to troubleshoot the problem, let alone fix it. Your only option if and when your smart speaker creeps you out is to unplug it. The device has a direct connection to the company that created it. Any fix, as well as most problems, would seem to come from the server side.

In a NYMag article, writer Brian Feldman gives us food for thought and says it best.

“The story of Amazon devices laughing at users is easily taken as a parable about our anxiety over increasingly sophisticated consumer-facing artificial intelligence, or maybe an object lesson in bad user design. But there’s another warning to pay attention to. The laughing Alexas lay bare, more than ever, the need for transparency from the companies that make these devices, whether that company is Amazon (Alexa), or Google (the Assistant), or Apple (Siri), or Microsoft (Cortana). The problem with smart speakers is that they are, for reasons both incidental and intentional, almost impossible to troubleshoot.”

There has been a lot of development and investment in artificial intelligence. It promises to make its way into just about every part of our lives. Which is fine as long as there are standards and rules that all of the players in this space follow and adhere to. No one should be made to feel fear from an appliance.