By January 22, Apple and Hermes will offer the special edition Hermes Apple Watch Collection on their online stores. Fashionista, a fashion blog disclosed this in a news post today. The Hermes collection debut in October and was only available in selected boutiques as well as Apple retail locations. These locations include cities like Los Angeles, San Francisco, New York, Toronto, Milan, Paris, London, Tokyo, and Beijing.

This version was introduced in September’s, Siri- give us a hint event , and was the result of a coalition between Apple and Hermes. The partnership was made before the debut of the Apple Watch. It is thought that the reason for the partnership was Apple’s need to make the Apple Watch appeal to the higher end fashion market. The product description reads;

Uncompromising craftsmanship. Pioneering innovation. Groundbreaking functionality. Apple Watch Hermès is the culmination of a partnership based on parallel thinking, singular vision and mutual regard. It is a unique timepiece designed with both utility and beauty in mind. With leather straps handmade by Hermès artisans in France and an Hermès watch face reinterpreted by Apple designers in California, Apple Watch Hermès is a product of elegant, artful simplicity — the ultimate tool for modern life. 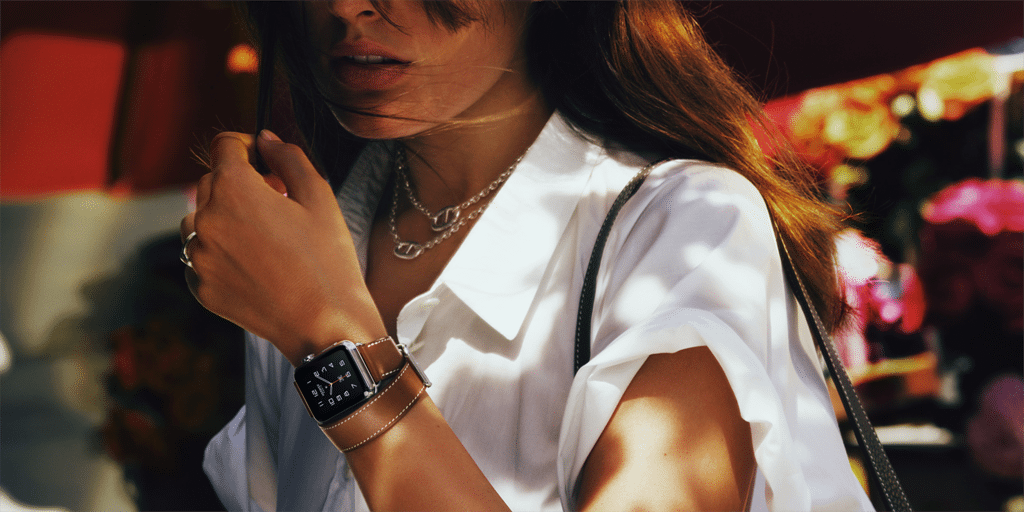 The collection includes three straps which are named – the Single Tour, Double Tour and, Cuff. There is also a stainless steel Apple Watch casing as well as a patent Hermes watch face. The Double Tour which has a price tag of $1,250 and wraps twice around the wrist also includes a 38mm stainless steel watch case. There are also four color options which are Fauve, Etain, Capucine, and Bleu Jean.

The Single Tour is priced at $1,100 and has both the 38 or 42mm stainless steel Apple Watch case. It is also offered in three colors which are Fauve, Noir, and Capucine.

The third version called The Cuff is a thicker style band. It has a price tag of $1,500 and has a 42mm stainless steel Apple Watch. The only color option for this version is only Fauve.

Both Apple.com and Hermes.com will begin offering the collection from 22 January.