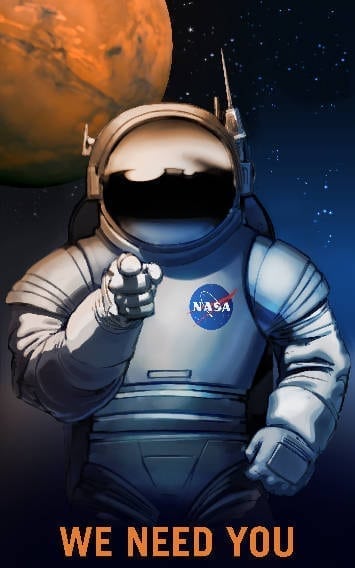 One endeavor that will definitely define the whole meaning of the 21st century is our ability and success in exploring other worlds. One of the biggest challenges facing scientific community in the coming years is our mission to Mars, to land and colonize the planet. Not only will we have to figure out how to sustain life on Mars, everything will forever change. The landing on Mars will forever define our great task to explore what lies beyond our home planet and maybe find other living organisms in our galaxy, ensuring that we are not alone.

NASA is playing a very large role in the mission to Mars. They have made their mission to Mars one of the largest projects they have ever undertaken. NASA expects to land on Mars before 2040, giving us a time frame ranging from 2025 to 2035. Many people have already signed up to be sent to the Red Planet and live there for the rest of their lives. In the process of getting ready, NASA has been very busy with recruitment and training.

Something that I find really cool is NASA’s new promotional posters. From an astronaut working the night shift on Phobos to people climbing Valles Marineris, the largest canyon in the Solar System, NASA is really trying to pump people up for this new mission. The American space agency needs a variety of people from different occupations with varied skills such as farmers, technicians, teachers, doctors, and more who will be trained as astronauts. Imagine learning about Phobos and Deimos while they are shining in the night sky above the Martian soil sitting under your boots? Now that would be awesome.

Sustaining life on Mars will not be easy but that is what mankind is made for. Humans were built to achieve great things. Who would have ever thought that one day we could somehow achieve having all the information in the world in the palm of our hands? Or ever set foot on the moon? While space travel like that seen in Star Trek or Star Wars may be a couple centuries ahead of our time, the mission to Mars is just around the corner and only the beginning.

Check out these amazing posters from NASA which can be downloaded for free: