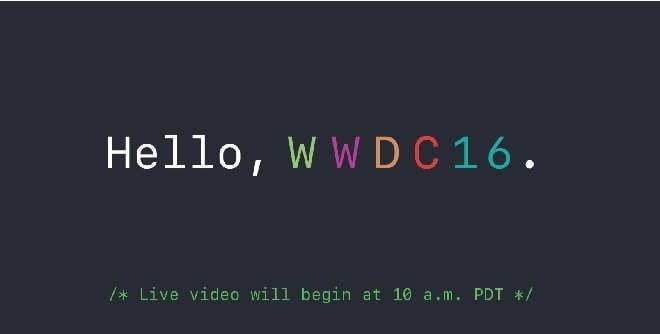 With just a few hours left before we learn what exactly Apple has in store for us this year anticipation surrounding WWDC 2016 increases. This year’s Keynote will shine a light on and clarify all the speculation that has been out there on the latest apple products and services over the past year. 10 AM Pacific time is when the event kicks off at the Billy graham Theater in San Francisco Then followed by workshops and presentations for all the Apple developers in attendance throughout the week.

Since 2007 these annual events have had us at the edge of our seats in anticipation and myself personally have never been disappointed.

I am personally excited by the prospect of Siri finally making it’s way to Mac OS.  I could use a digital assistant and Siri would be just the ticket.

Announcements on the new iPhone 7 are at the top of the list for many as is the new MacBooks. Advancements to iOS in an iOS 10 update are on the agenda and we will likely see new apps.  Let’s not forget the Apple awards.

The event will be live streamed as it has previously but there are requirements.  Apple’s HTTP Live Streaming uses HLS technology so it will require an iOS device running iOS 7.0 or later and Safari.  A Mac with OS X 10.8.5 or later or a PC with Microsoft Edge on Windows 10.  You can also see the streamed event on an Apple TV 2nd, 3rd or 4th generation.

We will be watching the event closely as well as the presentations and workshops that are streamed throughout the week and will report our take on what we learn.  This is an exciting time for Apple fans so check back with us during the week for more on this monumental Apple event.

This is where speculations turn into facts and we are patiently waiting to learn and share Apple’s latest with you. Hello WWDC 2016