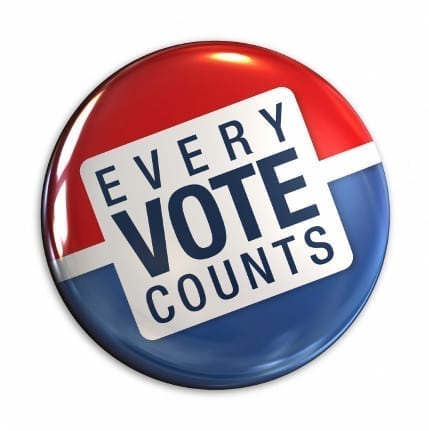 Last month we heard that hackers were planning to break into 30 voting machines at the hacker event in Las Vegas known as DefCon. The reason was to test a theory and see if the voting machines in this country are hackable.  The machines were all used in recent elections.

Election officials in the U.S. have said consistently that no votes were tampered with in the 2016 presidential election.  Well, the organizers of the DefCon Hacker event in Las Vegas said,  “Prove it”.

So far there has been no proof that the Russians or anyone else manipulated vote counts but there is plenty of proof showing election meddling by the Russians according to our government. This was done by creating discord and undermining the public’s faith in public institutions. This included government agencies, as well as the media and our elected officials.

That is a lot to be concerned about but there is still no evidence of tampering with the actual voting machines or the process.  Here’s a catch, many vendor contracts for election-machines prohibit any forensic examination.

The hackers, who are actually cyber security experts at DefCon, setup “Voting Village” at Caesars Palace.  Over the weekend they took turns working on cracking the voting machines received from different sources.  Hackers were able to quickly gain administrative access where votes could be seen and even deleted. A hacker wishing to do harm can gain access at the county level or the state level or at the vendor.  U.S. officials say that 21 state voter registration systems were targeted by the Russian backed hackers and they were able to get into at least 2 systems.

One thing going for the current system is that the machines are not connected to the internet. Another plus is that voting systems are decentralized by state or in some cases counties.

Barbara Simons is the Board Chair of Verified Voting. This is a nonprofit that has studied U.S. elections equipment since 2003.

Simons stated, “Nobody’s done a really thorough examination.” “Even where there are paper ballots, most ballots haven’t been checked to see if there was any hacking or intrusion, so even if security people didn’t see any outside hacking occurring on Election Day, things could have been attacked earlier.”

The conclusion is that the vulnerabilities demonstrated at DefCon support the need for the U.S. to adopt a nationwide system. This system should include verifiable paper ballots and mandatory statistical audits.