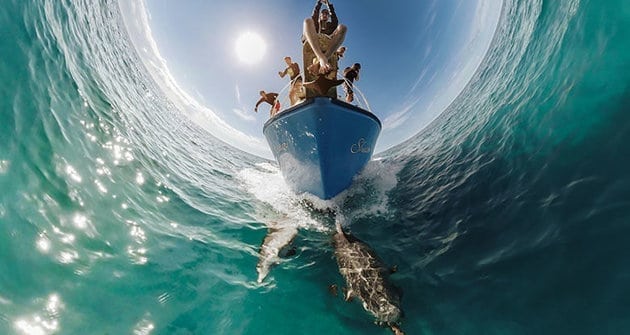 GoPro has announced a new Virtual Reality video platform side by side with the pricing for its mini VR camera rig. The Omni set-up, which was unveiled last week, uses six cameras and is priced at $5000. This is a substantial jump from the next best thing, the $15000 16-camera Odyssey rig, and will thus appeal more to amateurs.

The $5000 package includes six Hero4 Black cameras required to run the entire cube-shaped system, in addition to having software and hardware essential to combine footage into a full 360 VR view. You can also get only the bare frame for $1500 if you already own six go pros. You can pre-order any of the packages starting from 8AM PT April 18th.

In addition to the hardware, the company is starting a new stage for the sharing of full 360-degree videos in the form of the GoPro VR. This will launch at the same time as its hardware counterpart and will be available on the web, on iOS, and on Android. There is a little ambiguity about the design of the platform but it is predicted to be a redressing of Kolor Eyes. Kolor Eyes is an app and website that GoPro acquired through its purchase of the VR company Kolor. This speculation is based on the fact that the address http://vr.gopro.com leads to the Kolor Eyes platform. The company hopes that the app will create an online community of unique artists and will help bring forward interesting content from around the world. The app also supports VR headsets.

GoPro VR hopes to go far beyond just its online distribution in that it aims to provide tailor-made camera rigs for extreme sports whilst also allowing full 360-degree video live broadcasting. More details will be announced this week at the NAB conference.

The bottom line is, that GoPro is no longer content with being a niche, and is aiming to break into mainstream media.