For those who love sports and want to record your amazing action shots, it’s inevitable that a GoPro has been a consideration for these tasks. But for those who want to do an aerial shot, you tend to point more towards a Phantom drone. Well now, for those want both, GoPro introduces to you the GoPro Karma.

The GoPro Karma is GoPro’s new HD video recording drone. With 4 foldable rotors and a compact design, the Karma is your GoPro’s new best friend. The quadcopter has the ability to hold the GoPro in front of the drone’s body instead of under it. This allows the camera to expand its viewing angle by eliminating the chance of the rotors getting in the shot. The Karma drone fits easily into its backpack which also holds its charging cord, GoPro holder, controller remote, GoPro camera, and charging brick. 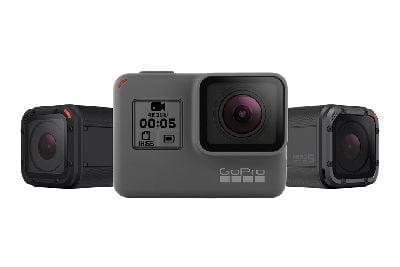 With its small design, the GoPro Karma is easy to use. You just simply hook your GoPro camera to the holder and attach the holder to the front of Karma’s body. The controller allows you to control the drone and watch what the Karma sees live. The controller is divided into two parts: one side with buttons and one side with a touchscreen. 2 joysticks control the drone. Karma uses just one button to take off, land, and return home. There is even an option to set up a cable cam with the controller.

The image-stabilizing gimbal at the front of the drone can be disconnected from the body to use like a normal GoPro (maybe even like a selfie stick). The new GoPro Hero5 and Hero5 Session are voice controlled therefore taking pictures and video has never been as easy. The Karma has 4 programmed shots built-in, orbit, cable cam, reveal, and dronie. A “passenger app” allows someone to see what the drone sees live from their mobile device and even control the camera’s position. Karma’s system of tracking the subject of a shot is still unknown.