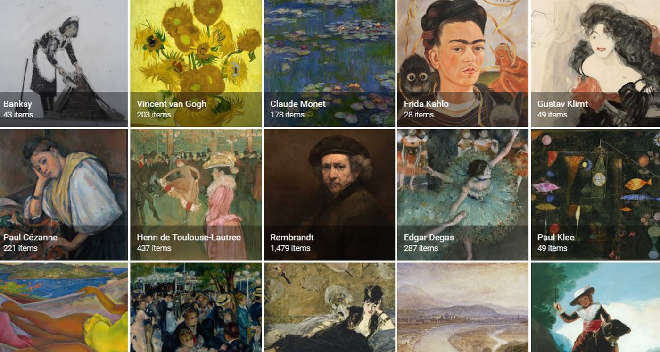 Google has launched a new Arts & Culture app. This app enables users to take a tour of world art without going to a museum. The app features artwork from thousands of museums around the world.  Initially, museums from 70 countries are a part of the app. The app not only features static images but it also supports 360- degree virtual tours in Google cardboard. Not only this, you can also find works of art by searching keywords and color. This feature is similar to Google photos, where you can simply search for anything like “gold” or “shoes”.  The app also shows the evolution of an artist’s work over time.

One of the more interesting features of the app is the 360-degree virtual tour. Google is already offering virtual tours of landmarks, and man-made wonders in its Expeditions program. The virtual tours in the app work the same way as in the Expedition program. The Arts & Culture app use Google Cardboard for virtual tours. The app allows users to tour the street art scene in Rome or look around the ancient Greek temple of Zeus. The app displays a small Google cardboard icon when the tour is available.

The Arts & Culture app has another interesting feature called “Art Recognizer”. This feature displays details of an artwork when users point their phone at a painting. However, this feature is only available in some selected locations, these include London’s Dulwich Picture Gallery, Sydney’s Art Gallery of New South Wales and the National Gallery of Art in Washington D.C.

The app is available for both iOS and Android platforms.