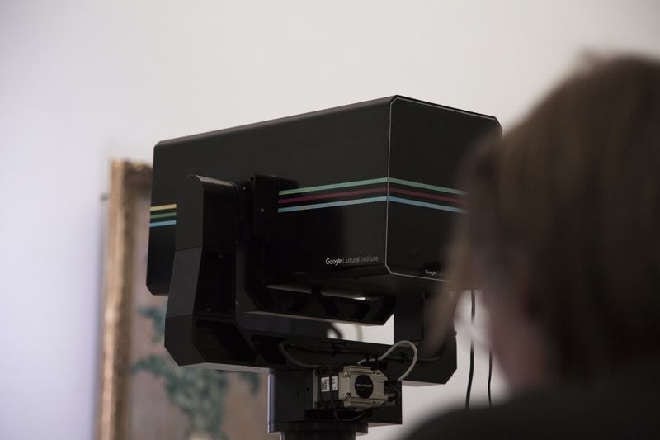 The Google Cultural Institute, in the first five years of its founding, managed to scan nearly 200 artworks in extremely high-resolution gigapixel images. But this rate has increased many-fold these past few months, with almost a thousand images being scanned in the period.

This sudden increase in output is far from random and comes as a result of Google’s new Art Camera. The Art Camera prides itself on being easier to use than other similar devices, thus allowing for easier digitizing of artworks and other documents. But despite its ease-of-use, the camera’s biggest winning point is its speed.

“The capture time has been reduced drastically,” said Marzia Niccolai, the technical program manager for the Cultural Institute. “Previously it could take almost a day to capture an image. To give you an idea, now If you have a one-meter by one-meter painting, it would take 30 minutes.”

Google currently has 20 Art Camera’s and is eager to lend them out to museums to help with digitization. The camera is placed in front of the wall holding the painting; the operator handling the camera then guides it to point at the image’s edges; the camera then determines the size of the surface that needs recording, and begins its task of methodically moving slowly and taking high-res close-ups. These images are sent back to Google, where they are merged into a single gigapixel file.

The camera has made this entire process of digitizing cheaper. This is because Google originally had to bring in outside help to photograph these documents or pieces of art, with the introduction of the  Art Camera this cost is removed. So it stands to reason that Google isn’t charging the organizations wanting to make use of the camera. Niccolai claims that the Cultural Institute has already let organizations in India, Hong Kong, and Brazil use it.

Despite it being extremely effective, the Art Camera seems to be lacking in a few places. The camera struggles with larger photos and cannot cope with 3D objects. So Google will still need to call in 3rd party help every now and then.

The latest scans from the Art Camera are available here.