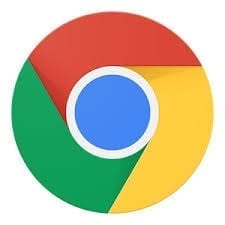 Google updated the mobile Chrome for iOS browser this morning in the Application Store. The new version now promises that it will reduce crashes by almost 70%. This reduction in crash rate is a result of the fact that Chrome adopted WKWebView which is a rendering engine that Apple introduced when it released iOS 8, two years ago. By replacing the old UIWebView with the new WKWebView API, Google has been granted the ability to achieve a performance rate almost equal to Apple’s own browser, Safari. This has hence resulted in, as Google states in its blog post,“dramatic improvements in stability, speed, responsiveness and web compatibility,”.

“Out-of-process rendering was one of Chrome’s earliest innovations, and we’ve always wanted to bring its benefits to our iOS users. Unfortunately UIWebView, the component used to render web pages on iOS, is in-process, so that’s never been possible before. The introduction of WKWebView in iOS 8 gave us that opportunity, though migrating to the new framework brought significant challenges.”

The additional release of Chrome for the iPhone, iPod touch and iPad is now going to be much faster.  The JavaScript execution now makes it, in the company’s own words,“dramatically faster.” Chrome 48 will also now offer smoother scrolling as well as better responsiveness and more web compatibility. It will also support features like IndexedDB, among others. The build number that this release carries is 48.0.2564.87.

What do you think about the new update? Tell us in the comments below.