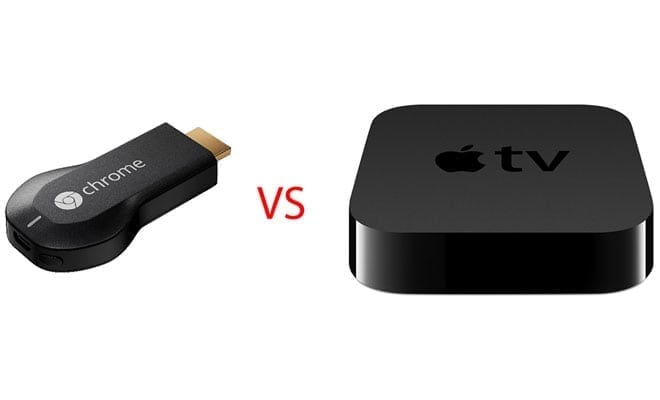 Last month we discussed how Apple TV was facing a tough contest from the competitors, Google and Amazon.

Some time ago Apple introduced the 4th generation Apple TV focused on gaming followed soon by Amazon stepping in the ring with three new TV-focused devices including the new fire TV box, an improved Fire TV stick, and a new fire gaming TV box. With Television based devices being the hottest thing this season, it was only a matter of time before Google entered the race with an announcement about the Second-generation Chromecast.

9To5Google claims to have obtained documents highlighting the massive changes in the second-generation Chromecast. Apparently the major objective for the new Chromecast was to make it as different to its predecessor as possible. The dongle like shape of the original has been replaced with something, that is for now, entirely unintelligible. The new shape appears to be a singular earmuff although it is not possible to say with certainty, at this time, if what we see will end up taking the shape of the final product.

Offered in three colors: yellow, black and red the device is expected to have an extravaganza of functional upgrades from its previous version.  Similar to the Amazon Fire TV set-box, the second-generation will feature better Wi-Fi to aid High-Quality streaming with no buffer issues. Although the full technical specifications for the new device are still unknown it is speculated to offer the new 802.11ac band where the original Chromecast only supported the 802.11b/g/n.

The new Chromecast is also reported to be able to support content feeds on the home screen. Although the nature of these feeds is currently unknown it probably means you will be able to look at social media feeds while the screensaver is on. The screensaver or “backdrop mode” itself, is fully customizable with the ability to add preset wallpapers/ weather info or your own personal photos. Another new feature called the “Fast play” is presumed to utilize the improved Wi-Fi to stream content from a supported device with as little delay as possible. As soon as the user presses the “cast” button after choosing a device to stream from, the Chromecast will begin streaming.

After Apple’s and Amazon’s respective TV oriented products earlier this month it would only be logical to see how Google attempts to trump the competition with its new Chromecast. It is advisable to wait until September 29th, when the Chromecast is said to be officially introduced, before making any investments in the aforementioned products. The device is said to be priced relatively similar to the original Chromecast and will launch in exactly 10 countries to start off with. Compared to this the Apple TV is clearly more superior. Additionally its amazing remote along with a virtual assistant we feel that it will blow Google’s offering right out of the water. The Apple device also allows its users to play a game which is a big plus for most tech savvy people.