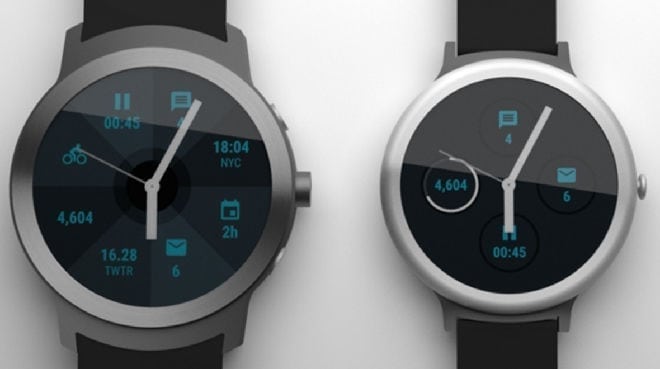 Google decided to launch Google Smartwatch last year but somehow the plan did not work out the way Google was wanting it to. The Google smartwatch boss had made us imagine the Unique future of their wearable technology, but right now all we can see in this regard is uncertainty.

David Singleton said, “The wrist is the ideal place for the power of Google to help people with their lives.”

He pictured a future in which universally smartwatches would monitor your health, control your world, help you communicate with friends — even give you “powers” you don’t have today.

But after all this and all the imagination, it has been 11 months and its future is on the verge of chaos.

The Google smartwatch program, Android Wear, follows a similar model to its Android mobile operating system. It makes the software, while hardware partners build the devices it goes inside. When it works (like it did with Android) it can be spectacular— letting the software rapidly scale, reaching millions or even billions of users. But it also puts Google at the mercy of the whims of its hardware partners.

From some of the reports we got to know that Lenovo-owned Moto — an Android Wear partner — is pausing its smartwatch efforts “indefinitely.”

It had previously bought out the Moto 360 in 2015 but failed to release a new device this year — and has now confirmed it won’t released a new smartwatch to coincide with the launch of Android Wear 2 software in 2017.

The company does not “see enough pull in the market to put [a new smartwatch] out at this time,: head of product development Shakil Barkat said. “Wearables do not have broad enough appeal for us to continue to build on it year after year.”

Huawei and LG, two other Android Wear smartwatch makers, also did not release new devices in 2016. Typically, smartphones are released on an annual basis (or more frequently). (There are also rumours that Samsung is ditching the platform. It already has an alternative smartwatch operating system, Tizen.)

The data is murky, it doesn’t seem great

Google has never broken out Android Wear sales, so we’re forced to turn elsewhere for estimates. Here, analysts disagree on smartwatch sales, as this round-up from TechCrunch illustrates. IDC reckons that sales have plummeted 40% year-on-year to 2.7 million in Q3 2016, while Canalys says quite the opposite: That sales jumped 60%, up to 6.1 million.

After observation two things are clear

First, this is not a category that is setting the world on fire. Google co-founder Larry Page has a “toothbrush test” that the company’s products should be “used daily by billions of people,” according to Bloomberg. So far, this is clearly not happening. And second, Apple is wiping the floor with Google. Both estimates that Apple (who also doesn’t break out smartwatch sales figures) amounts for nearly 50% of all sales — 46% according to Canalys, 41% according to IDC. That other 50% includes Samsung devices (which run Tizen rather than Android Wear), Fitbit, and other non-Android Wear wearables.

So basically there is no problem in the release but it is that not many people are buying Android Wear smartwatches — and hardware partners are starting to get cold feet.

Is there a tipping point? Google certainly hopes so

It’s worth retelling that the Apple Watch while trouncing Android Wear, hasn’t been a runaway success either. Apple won’t publish sales figures, and with the launch of its second version in 2016, it doubled down on its fitness functionality, giving less emphasis to the fashion-orientated aspects of the device it shouted about the first time around. (Remember how it launched a $17,000 gold version? Yeah.)

This holiday period will be a crucial crunch period for the Apple device — a chance for it to prove it can grow.

And it doesn’t look like Google is giving up on Android Wear just yet. Steve Kovach has heard from his sources that “internally there’s still interest in Android Wear at Google, and that the company is considering making its own smartwatch, just like it made its own smartphone this year.”

It’s a move that would make sense: It would have total control over how the nascent platform is presented to the world, and the launch of the Pixel (which has been well-received!) demonstrates that Google, for the first time, has a real appetite to build mobile hardware products itself.

When spoken to David Singleton, Google’s VP of Android Wear, he said that there are hints there’s a tipping point coming that will provoke mass consumer uptake — similar to the explosive growth of smartphones in their early years. (A Google spokesperson declined to make Singleton available for a follow-up interview, or to comment on Moto’s decision.)

“Where people start finding these devices integrate into their lives in ways that help them so much that they tell their friends about it, and everyone feels like they have to get the device,” he said.

But they’re clearly not there yet.