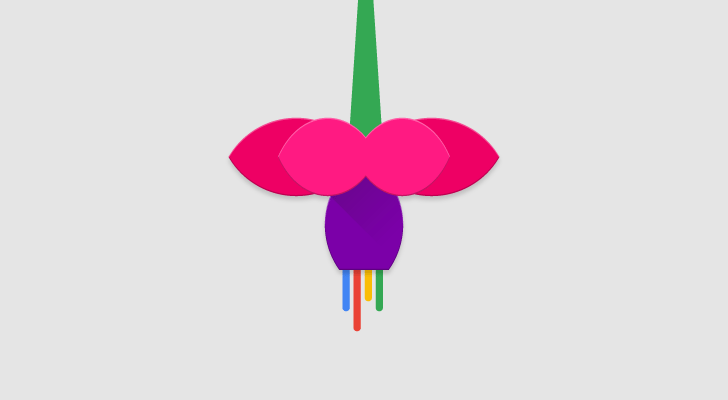 We have got some exciting news for all readers today. Google is developing a new Operating System. This operating system is not an android version or a Chrome OS version. This is a new OS which does not use a Linux Kernel. The operating System is named Fuchsia.

The company, however, has not yet officially made an announcement regarding the operating system. However, the company released a few cryptic details about the project on GitHub. It said “Pink + Purple = Fuchsia (a new Operating System).”

Android Police read the documentation and found out some interesting insights for us. According to Android Police, the operating system does not use a Linux kernel instead it uses a Magenta kernel. This Kernel is designed to compete with IoT operating systems like FreeRTOS or ThreadX.  However, one of the features that sets it apart from the rest is its scalability with smartphones and desktop computers.

Moreover, the Dart programming Language was used in the development of the system. The OS also has flutter support which suggests Material Design for the interface. The new OS will work nicely with 32-bit and 64-bit ARM CPUs. It will also work with 64-bit PCs and Rasberry Pi 3.

This does not mean that Google will use Fuchsia in devices other than IoT. Since the company is creating more IoT hardware like OnHub ad Google Home it may want a lighter OS for its future products. However, the operating systems ability to scale up is quite exciting.

Brian Swetland a senior Engineer at Google talked about the reason behind keeping the  OS hidden. According to the Android developer the company has not finalized some of the details yet. He said that it was company’s intention to build OS open source from the start.

Christopher Lane another senior engineer at Google said that things will soon be made public.